YPFP Brussels is pleased to announce our new Gender Initiative 2020 which celebrates and commemorates these two major anniversaries through a series of events, expert interviews, and publications. 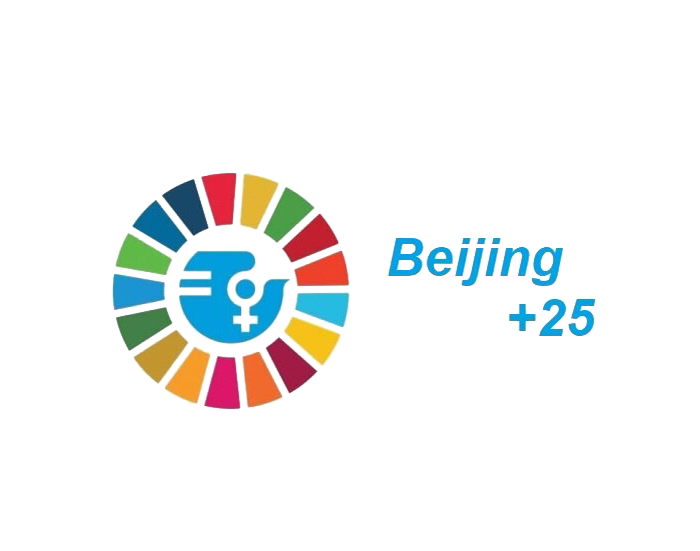 Beijing Declaration and Platform for Action

The Beijing Declaration and the Platform for Action was adopted unanimously by 189 countries at the United Nations’ Fourth World Conference on Women (Beijing, September 1995). It is a landmark document which:

Read the Declaration and Platform for Action here 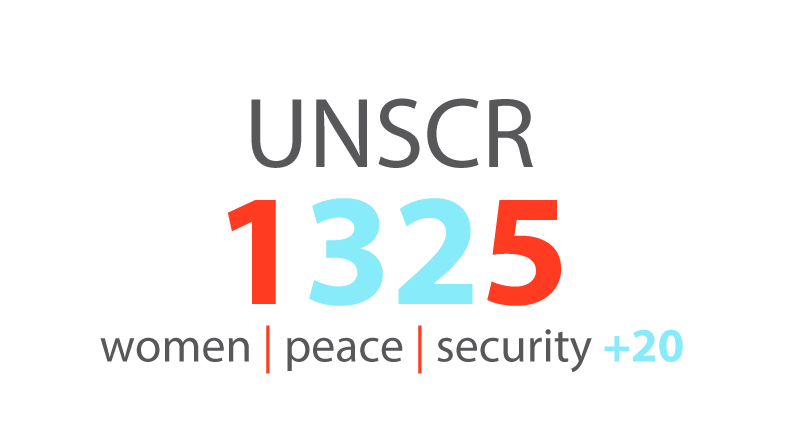 On October 31, 2000, the United Nations Security Council unanimously passed resolution 1325 on women, peace and security. This moment marks the first time that the Security Council devoted a full session to debating women and girls’ experiences during and after conflict. The resolution is a ground-breaking document which: 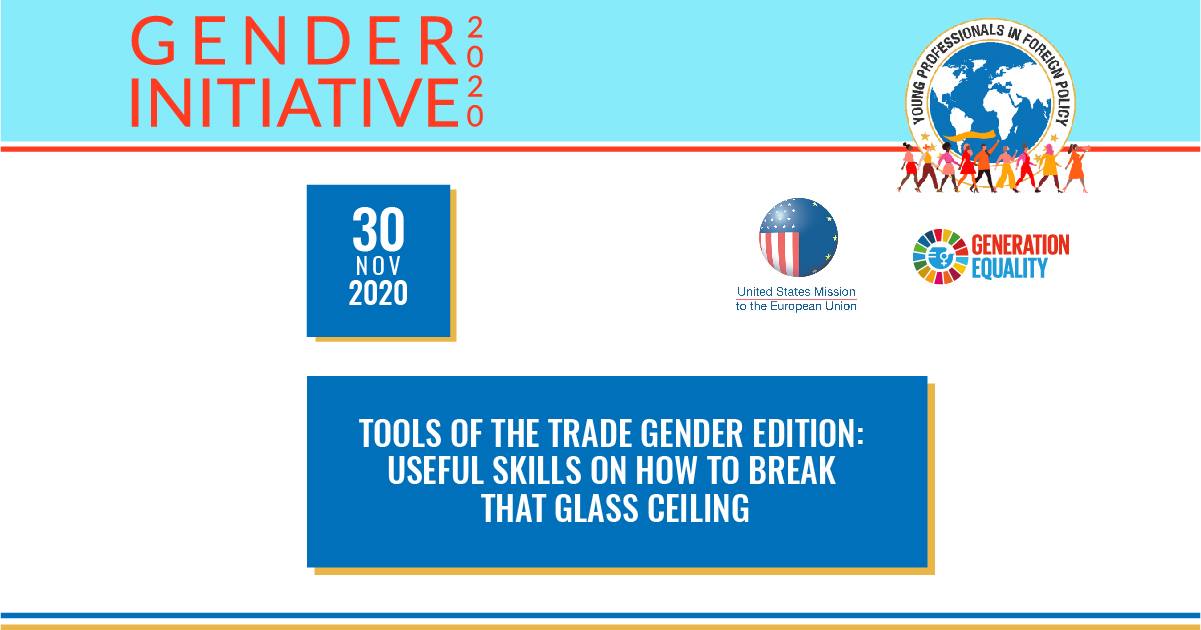 Tools of the Trade Gender Edition: Useful Skills on How to Break that Glass Ceiling

This Gender Edition of the Tools of the Trade connects the exclusive Tools of the Trade Series with the action-oriented Gender Initiative 2020 launched this year to celebrate the 25th anniversary of the Beijing Declaration and Platform for Action and the 20th anniversary of the United Nations Security Council Resolution 1325 on Women, Peace and Security through a series of events, expert interviews, and publications.

While an increasing number of women are part of the workforce all over Europe, the number of women reaching top leadership roles in public institutions and international organizations in the field of foreign policy, such as Ministries of Foreign Affairs, the United Nations or NATO, remain low.

Out of 27 Foreign Affairs Ministers in the European Union, only 3 are female. And, at the international level, there has never been a female leader as Secretary General, neither at the UN nor NATO.

Climbing up the organizational ranks in public institutions or the private sector is not only based on intelligence and merit but on many more skills. This is why we have invited Kate Surala and Sarah Wagner, authors of the upcoming book Unleash Today, to provide you, our member, the tools you need to accelerate your career as a woman in the world of foreign policy and to "break that glass ceiling". They will share their own learnings with you on how to overcome challenges faced at the workplace and climb the career ladder.

For example, together, we will address several typical “work situations” (young) women often encounter, such as:

Call for Papers for the YPFP Brussels Gender Initiative 2020 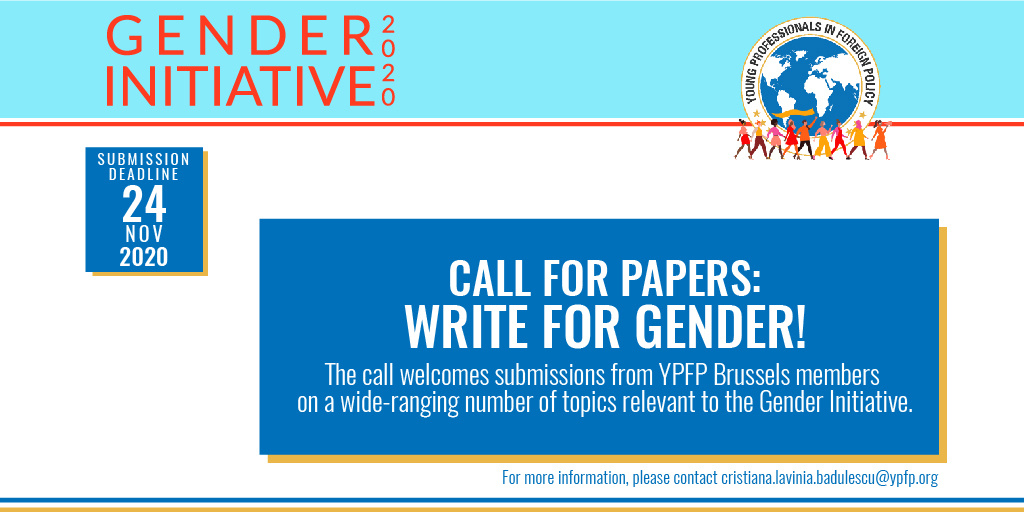 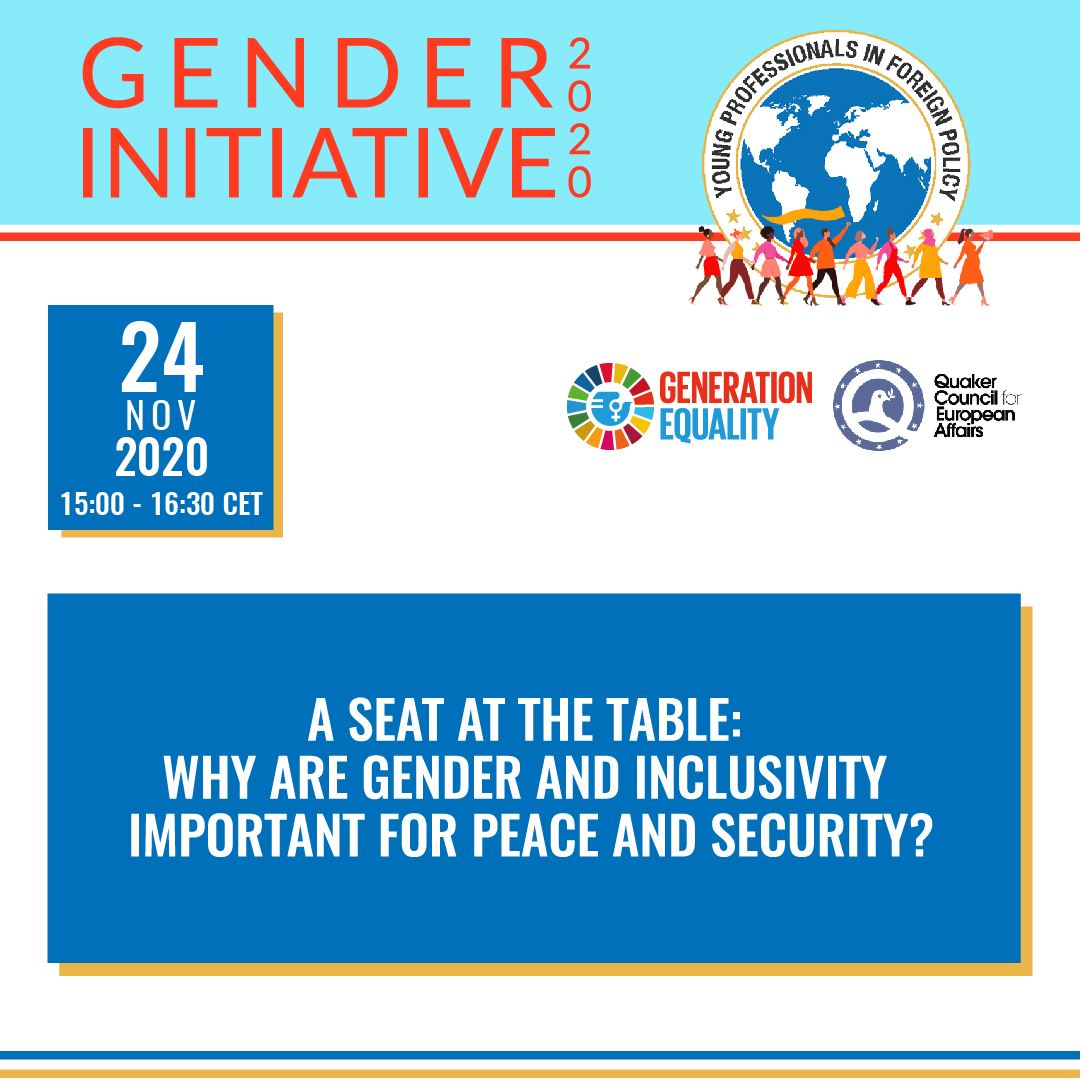 A Seat at the Table: Why are gender and inclusivity important for peace and security?

The Women, Peace and Security Agenda has been institutionalized over the last 20 years, in order to engage more women in peacebuilding measures, yet there is still room for improvement to achieve a gender just and inclusive peace and security. Women’s inclusion in peacebuilding ensures greater focus on development, sustainable and lasting peace, and transitional justice.

Peace and security are highly gendered, that is why it is crucial to have a gender perspective when we talk about these issues. Moreover it is necessary to take into account other dimensions linked with power, such as race, poverty, religion or sexual orientation. Intersectionality is crucial for an inclusive approach to peace and security.

You can spread the word by tweeting with the hashtags #YPFP4Gender and #GenerationEquality.

This event is in partnership with: 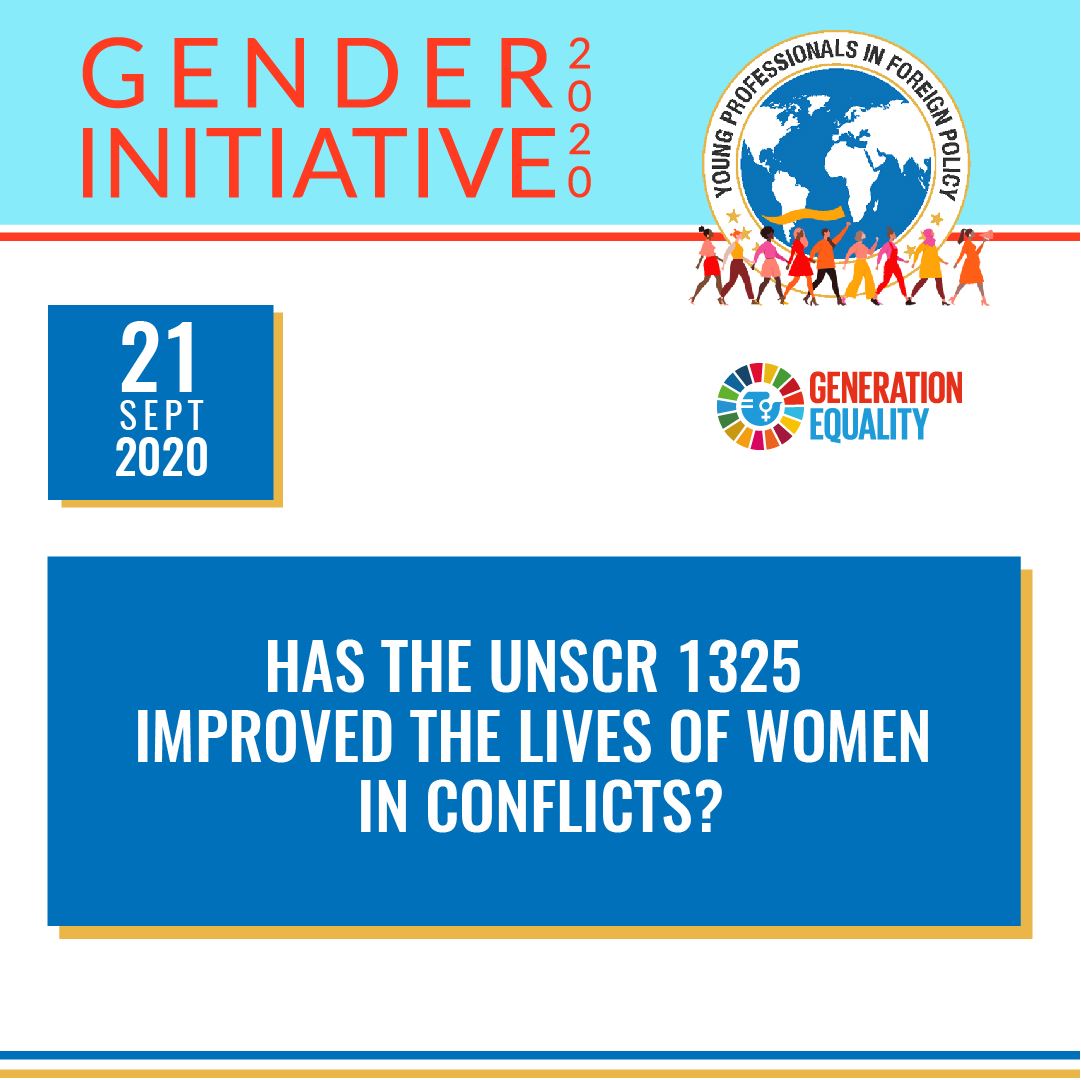 Has the UNSCR 1325 Improved the Lives of Women in Conflicts?

There has been progress within the 20 years since the UNSCR 1325 resolution has been made, however, further steps are still needed in order to ensure that women are included in formal peace processes and that women never have to suffer from violence in armed conflict situations. 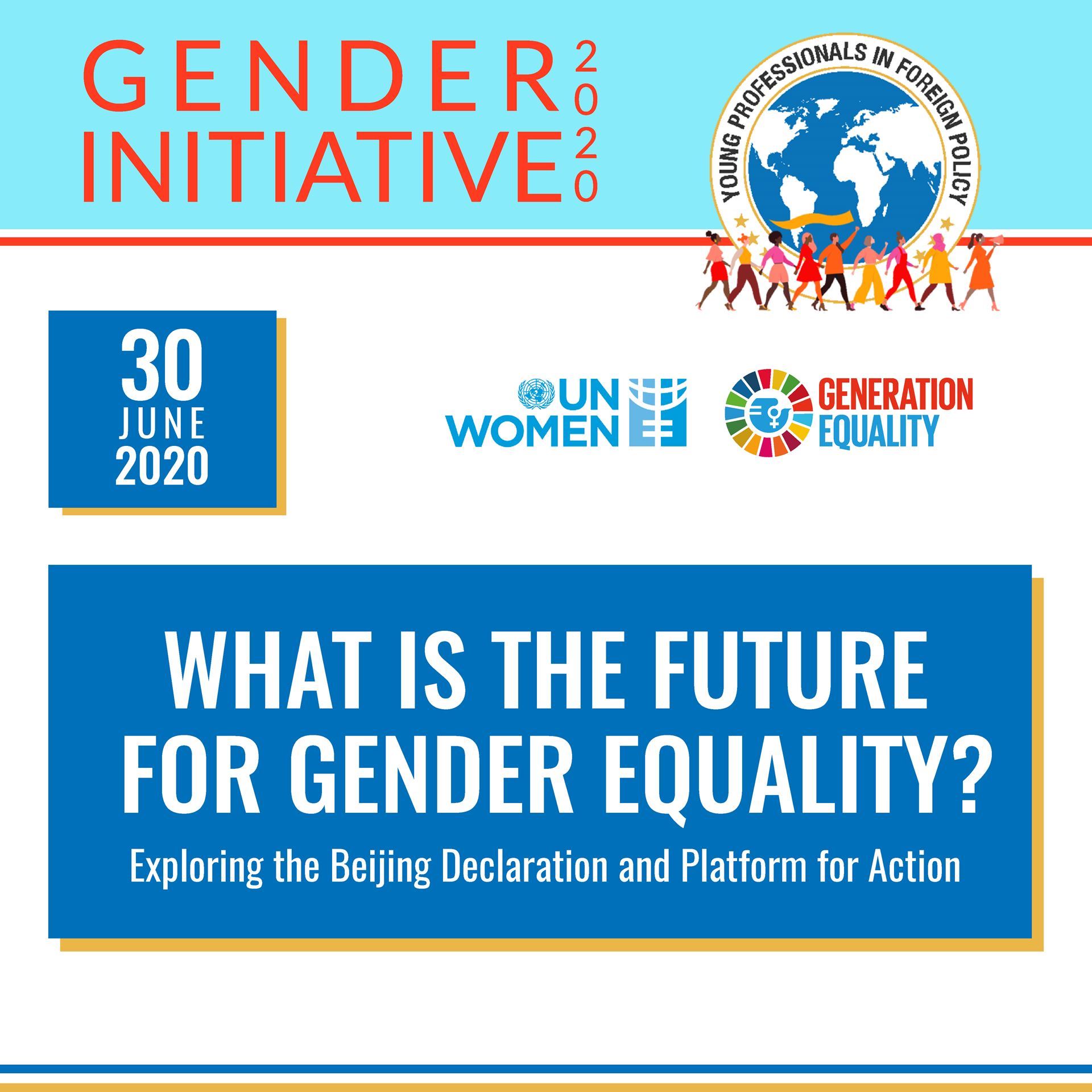 What is the future for Gender Equality?

High-level panelists share their insights on what achievement’s humanity has made on gender equality and women's rights since launching the Beijing Declaration and Platform for Action whilst tackling what the future will hold for gender equality in this decade and beyond. 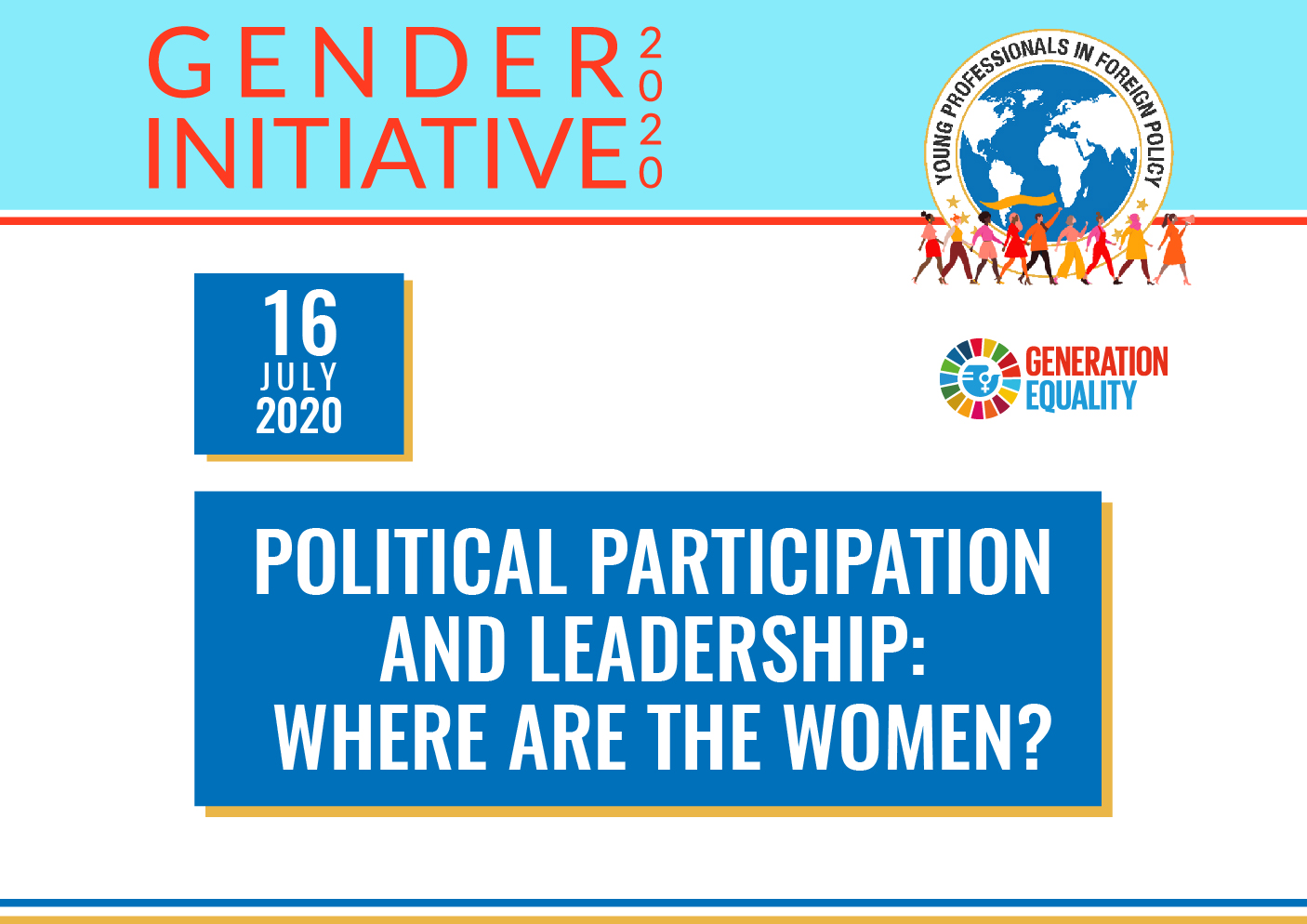 Political Participation and Leadership: Where are the Women?

Over the years, the EU has focused on equal treatment legislation, gender mainstreaming and specific measures for the advancement of women, including at the political level. Its commitment continues today with the EU Gender Equality Strategy delivered by the President Von der Leyen’s Commission, which aims among many other objectives, at challenging gender stereotypes and achieving gender balance in decision-making and in politics.

Lieutenant Colonel Manuel Moreno Santos currently serves in NATO's Allied Joint Force Command Brunssum as Gender Advisor. He began his career in the Spanish Army where he also covered the role of Chief of Defence HQ as a human resources officer. Since 2007, he has worked as a civilian lawyer on gender violence with civilian women in need, single mothers and other gender related issues. He has served as Officer in several international missions including in Somalia (EUTM), Afghanistan (IJC) and Lebanon (UUNN).

Beyond Victimhood: Women as Agents of Peace

Dr. Cristiana Lavinia Bădulescu finished her PhD with the title “International Mediation in Protracted, Intractable Conflicts: Why the Psychosocial Dimension Matters” in 2019. Trained in law, conflict studies and international relations, Cristiana has over five years of professional experience in peace, conflict, justice, and gender. She has previously worked in think tanks including the German Marshall Fund of the United States, non-profits, research institutes and the European Commission. Her main areas of expertise include conflict resolution; transitional justice; gender; international peace and security. Currently she co-manages the Brussels branch of Young Professionals in Foreign Policy and was responsible for launching and managing the Gender Initiative 2020.

Philip Hanspach is a co-founder and Head of Research at The WiE Initiative. He pursues a PhD in economics at the European University Institute in Florence. His work with the research team at The WiE Initiative includes the Women in Economics Index and other research projects. Previously, he worked at NERA Economic Consulting’s European Competition Team in Berlin, investigating mergers and actions for damages. He holds a master’s degree in economics from Toulouse School of Economics and a B.Sc. in Economics from the University of Bonn. His professional interests include industrial organization and the economics of artificial intelligence.

Claudia Pablos Lorenzo is currently working as a Junior EU Policy Officer at Fundación Galicia Europa - the regional representation of Galicia in Brussels. She discovered her international drive at an early age and therefore decided to pursue a double bachelor’s degree in International Relations and Economics. At present, Claudia is also pursuing a master’s degree in EU Law with a view to building a career where she could contribute to the European project. In her own words, she has acknowledged all the opportunities that the EU has given her along the way, and in return she would like to dedicate her professional life to its development.

Saša Gavrić is ODIHR’s Associate Gender Officer since July 2020, working on advancing gender equality in political and public life in the Balkans, Eastern Europe and Central Asia. Previous to that, he worked at the OSCE missions in Kosovo and North Macedonia. Mr. Gavric is a passionate advocate, activist and agent of change with 15 years of experience in cultural diplomacy, human and minority rights, gender equality and democratic governance in civil society organisations, bilateral agencies and international organisations. He has (co-)authored and (co-)edited around 50 articles, book chapters, edited volumes and advocacy reports, focusing on political systems of the Balkans, federalism, gender equality and human rights.

Abstract: Women have unique roles in perpetrating terrorist violence compared to their male counterparts. Beyond the traditional roles of women in terrorist organizations, women have taken on roles of operational support and espionage, given the societal expectations of women’s capacity to promote peace instead of performing violent acts. Further, the motivations that encourage women to join terrorist organizations are typically consistent to the motivations of men. When engaging in policy planning and overall discussions surrounding radicalization, an integrated awareness of gender must be enhanced for those working on countering violent extremism/radicalization efforts.

Hilde Johnson is a Senior Advisor at the European Institute of Peace, having joined in January 2020, after more than 20 years of high-level leadership experience in peacemaking, peacebuilding, and development. As Norway’s Minister of International Development (1997-2000 & 2001-2005), she engaged in multiple peacebuilding efforts across the world and played a key role in the Sudan peace negotiations (Comprehensive Peace Agreement, 2005). She was the Special Representative of the Secretary-General of United Nations Mission in South Sudan (2011 – 2014) and served on the UN’s High-Level Independent Panel on Peace Operations (2014-2015).

Dr. Hannah Neumann is the Peace and Human Rights Coordinator for the Greens / EFA Group, Vice-Chair of the Human Rights Committee (DROI), Member of the committees on Foreign Affairs (AFET) and Security and Defense Policy (SEDE), as well as Chair of the Delegation for Relations to the Arabian Peninsula (DARP).

Patrick Masshardt is a Legal Advisor of the Swiss Armed Forces with special focus on international humanitarian law and human rights. He has recently provided legal advice on rules of engagement, human rights, local legislation, and peace support operations to the NATO-led Kosovo Force (KFOR). Previously, he was deployed as Joint Operations Officer within the United Nations Multidimensional Integrated Stabilization Mission in Mali (MINUSMA, 2017-2018) and as Liaison & Monitoring Team Commander to KFOR (2013-2014).

Amadu Zulkarnain Mohammed is the co-founder and Director of Achievers Ghana, an organization dedicated to the holistic education for all girls in slums in Ghana through Scholarships, Mentoring, ICT/Coding and Robotics, Career Skills Development, Basic Journalism, Creative Writing and Story Telling and Community Advocacy programs.

Maria Noichl discusses the challenges she faced when she first entered politics, the EU’s efforts to end gender-based violence and the gender pay gap issue which has become increasingly prominent in the aftermath of COVID-19 pandemic. 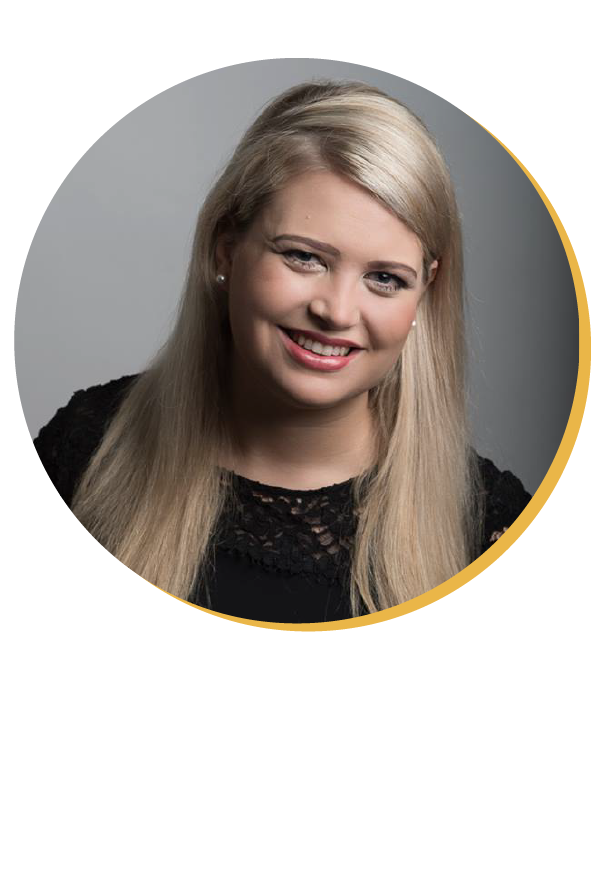 Cecilia Pellosniemi from UN Women explains that women’s empowerment has already played a big role in Syria since the very beginning of feminist activism in the country decades ago. Furthermore, she shares insights on the participation of women in Syria’s political and constitutional process as well as talks about the challenges her job entails.

Dr. Daniela Radu is a lecturer and international consultant on gender, peace and security with extensive fieldwork experience in conflict zones. In this interview she talks about the importance of gender studies as well as shares her insights on the progress achieved so far in the women, peace and security agenda.

Read the full interview here
Volunteer with us
Feedback