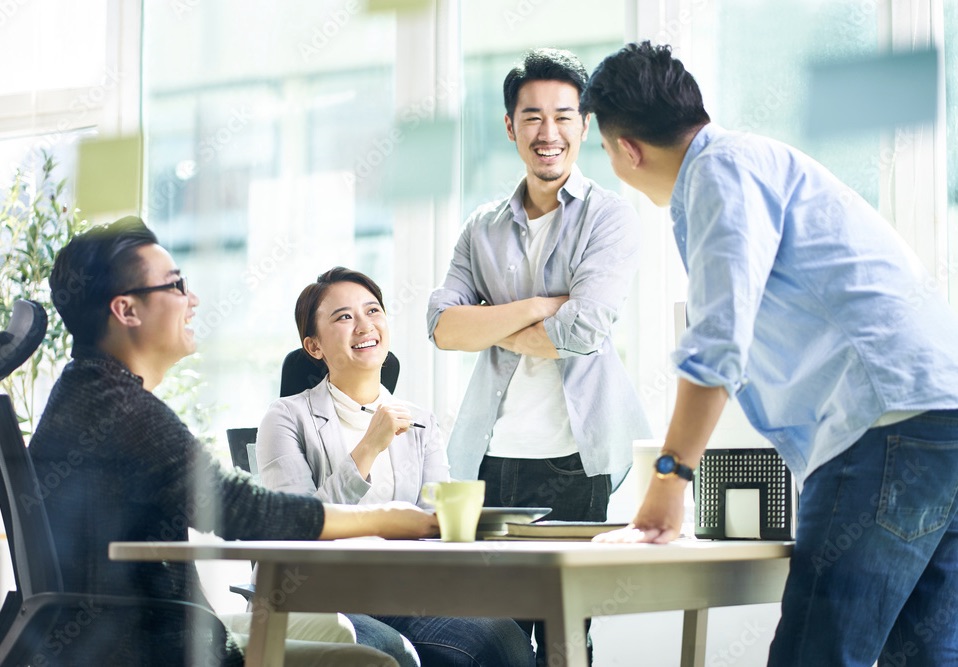 Peer-led communities that offer members an opportunity to gain in depth knowledge of a particular region or subject. 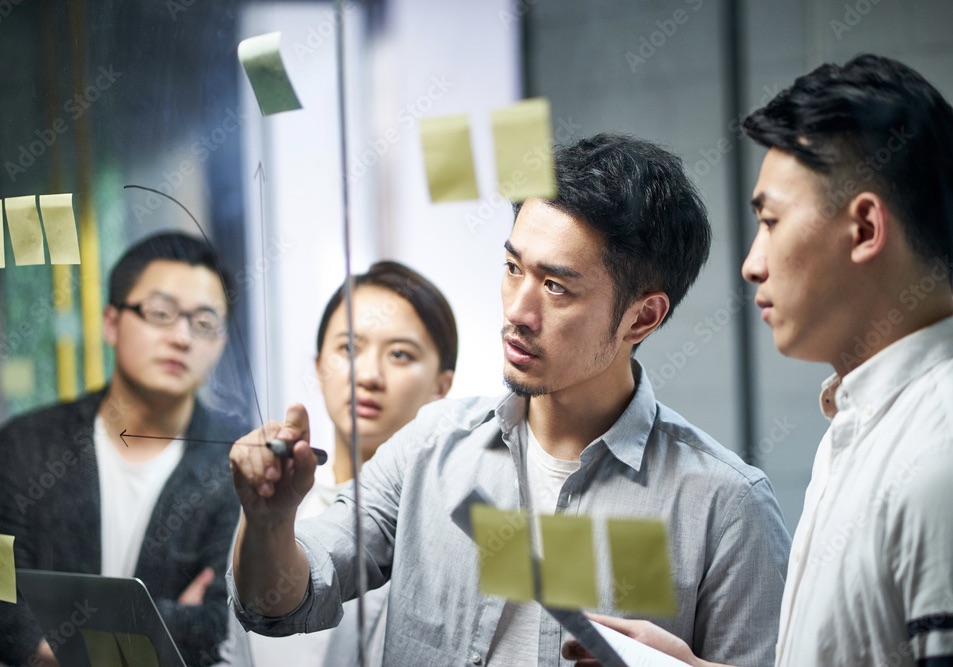 Project-based opportunities to build and refine skills, while sharing and contributing to research in your field of interest.

YPFP-Tokyo is comprised of a diverse and accomplished team of volunteer staff who work together to manage the organization’s national and global operations, develop fruitful partnerships, and, via its base in metropolitan Tokyo, engage the robust international affairs community in Asia and the world.

Lauren is an award-winning researcher, author, speaker, and migrant advocate. She is an Adjunct Professor of Global Humanities at Temple University Japan and a Ph.D. Candidate at the University of Tokyo with a focus on understanding the economic and social lives of highly skilled migrants. Lauren is the Founder and Managing Director of YPFP Tokyo Branch. Lauren is currently a contributing researcher to the United Nations Office of the High Commissioner for Human Rights (UN-OHCHR) and is the Co-founder of the University of Tokyo Violence Against Women Working Group (UT-VAW).

Lauren was the Founder and Country Leader for the Japan Migration Working Group of the United Nations Major Group for Children and Youth (UN-MGCY), leading comprehensive international research and publications on youth and migration and was selected as a civil society spokesperson for the United Nations Asia-Pacific Regional Review of the Global Compact for Migration in 2021. In 2020, Lauren was appointed Head Delegate of the American Delegation to the G20 Youth Summit (Y20) in Riyadh, Saudi Arabia, and was selected for the Global Dialogue Fellowship. Lauren has subsequently served as a member of the C20 Working Groups on the 2030 Agenda and Education and Global Citizenship for the 2021 G20 Summit in Rome. Lauren previously worked as an Official for the OECD, an entrepreneur starting her own consultancy, and a member of the Editorial Boards of the Journal for Human Security Studies Special Edition and the Refugee Review. 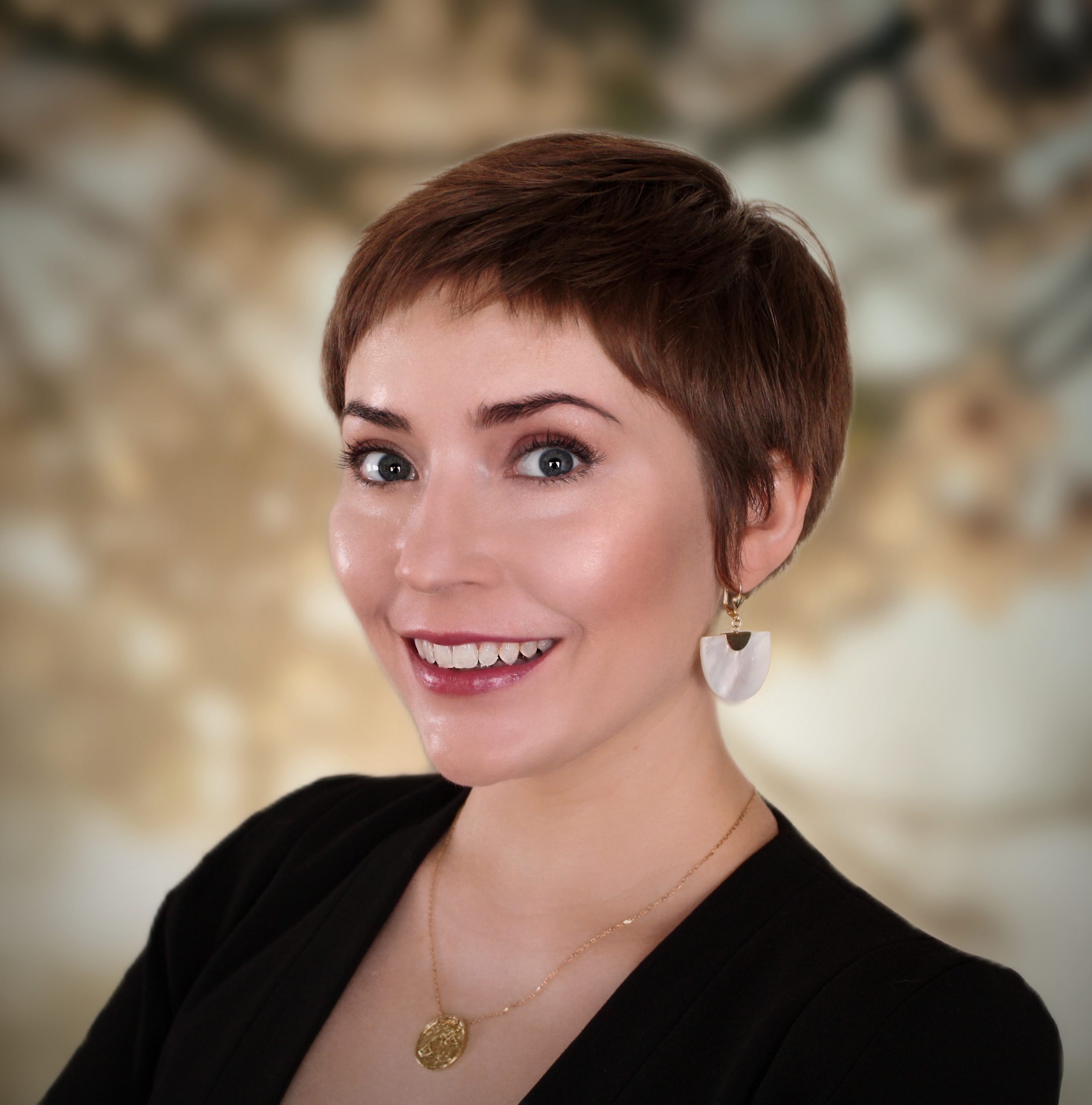 Eriko is an aspiring scholar in the field of education for minority and marginalized children. She is a half-Chinese and half-Japanese fourth-year undergraduate student at the University of Tokyo majoring in Japanese and East Asian cultural studies. Her undergraduate thesis looks at how state-based and non-state-based education shape and influence the educational opportunities and outcomes of ethnic minorities in Japan. Eriko is the Communications Director of YPFP Tokyo Branch.

Eriko was a founding member of the United Nations Major Group for Children and Youth (UN-MGCY) Global Compact for Migration (GCM) Japan Working Group and has co-authored the Japan Country Report on Youth Consultations for the UN-MGCY GCM National Reviews series in 2021. From 2020 to 2021, Eriko worked in collaboration with the New York Times as an editor, graphics designer and the Head of Translations for the UTokyo English student publication Komaba Times, advocating for students from multicultural backgrounds in Japanese universities. She is also involved in the translation of educational materials and the provision of English language education at the University of Tokyo. 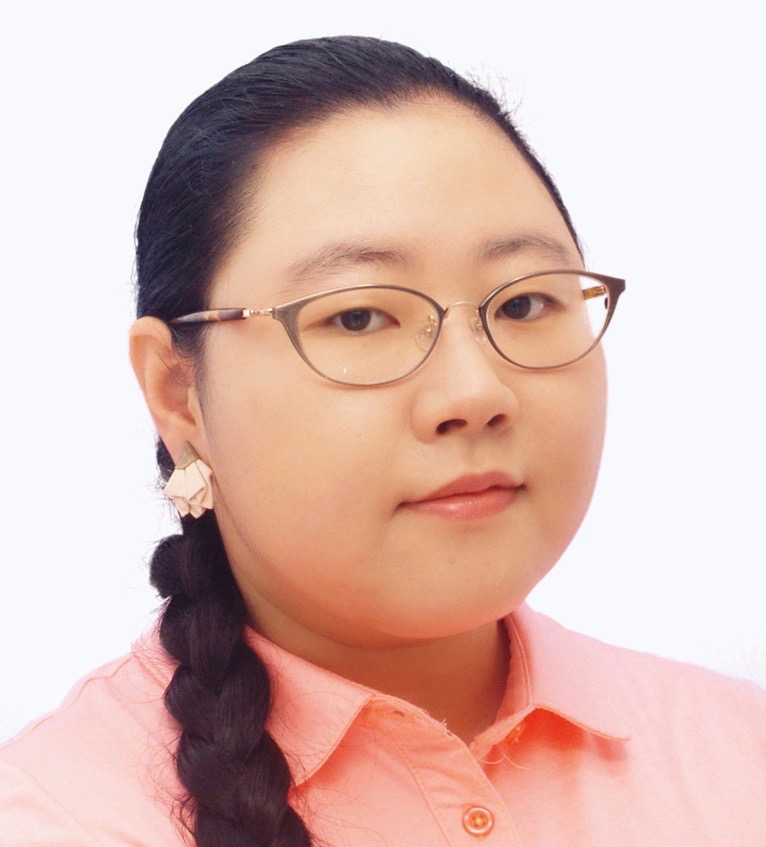 Chikara is a researcher and lecturer on the twentieth-century Japan, and book author of the books on World History and Global History. He is a Research Associate at the Center for Sustainable Development Studies, Toyo University and Project Researcher at the University of Tokyo. He is a Programming Co- director of YPFP Tokyo Branch. Since 2017, he has been a Judge in History Category at the Global Undergraduate Awards, which is an NPO in Ireland. He is working on the history writings in the twentieth-century Japan, with special focus on historians in the 1980s.

He received his Ph.D. in 2020, and his dissertation was a monograph about the social engagements in the 1980s by a social historian on the Middle Ages. Recently he also has a keen interest in the history narrative of modern scholars on forestry and ecology. Chikara was a member of the Japan Migration Working Group of the United Nations Major Group for Children and Youth (UN-MGCY). He is a type of researcher who actively engages with real issues such as migration and refugees, while focusing on historiography in his research activities. 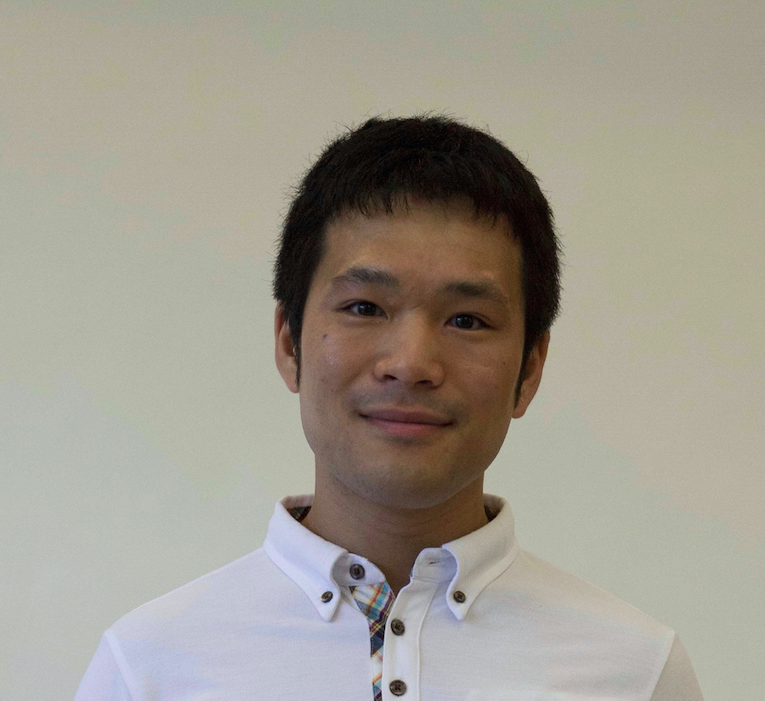 Adrijana is a published author and a speaker in the field of race and migration studies. During her studies, she has received multiple scholarships to support her studies and her research, allowing her to travel across borders and experience different cultures. After completing her undergraduate studies in Japanese language, literature, and culture at University of Belgrade in Serbia, she obtained her Master of Arts degree in Sociology at Keio University, Japan in March, 2020 as a MEXT scholar of the Japanese government. While studying in Japan and after, Adrijana has had several opportunities to speak at conferences and share her research findings and receive feedback from other experts. She was also a member of the UN-MGCY GCM Japan working group, during which time she has had the opportunity to write multiple papers and share her own experience as a migrant.

Adrijana has worked at Keio University as a teaching assistant for graduate-level courses and has taught Japanese in the Japanese language proliferation project of the Embassy of Japan in Serbia. Adrijana has had experience working as an English language teacher, a manga translator, and an SEO coordinator as well. At present, she continues her research in the field of sociology, focusing on race and ethnicity, and especially on White supremacy narratives. She intends to expand on this research as a PhD student in the future but is currently striving to share and increase her knowledge through her role as a founding member and Programming Co-Director at YPFP Tokyo Branch. 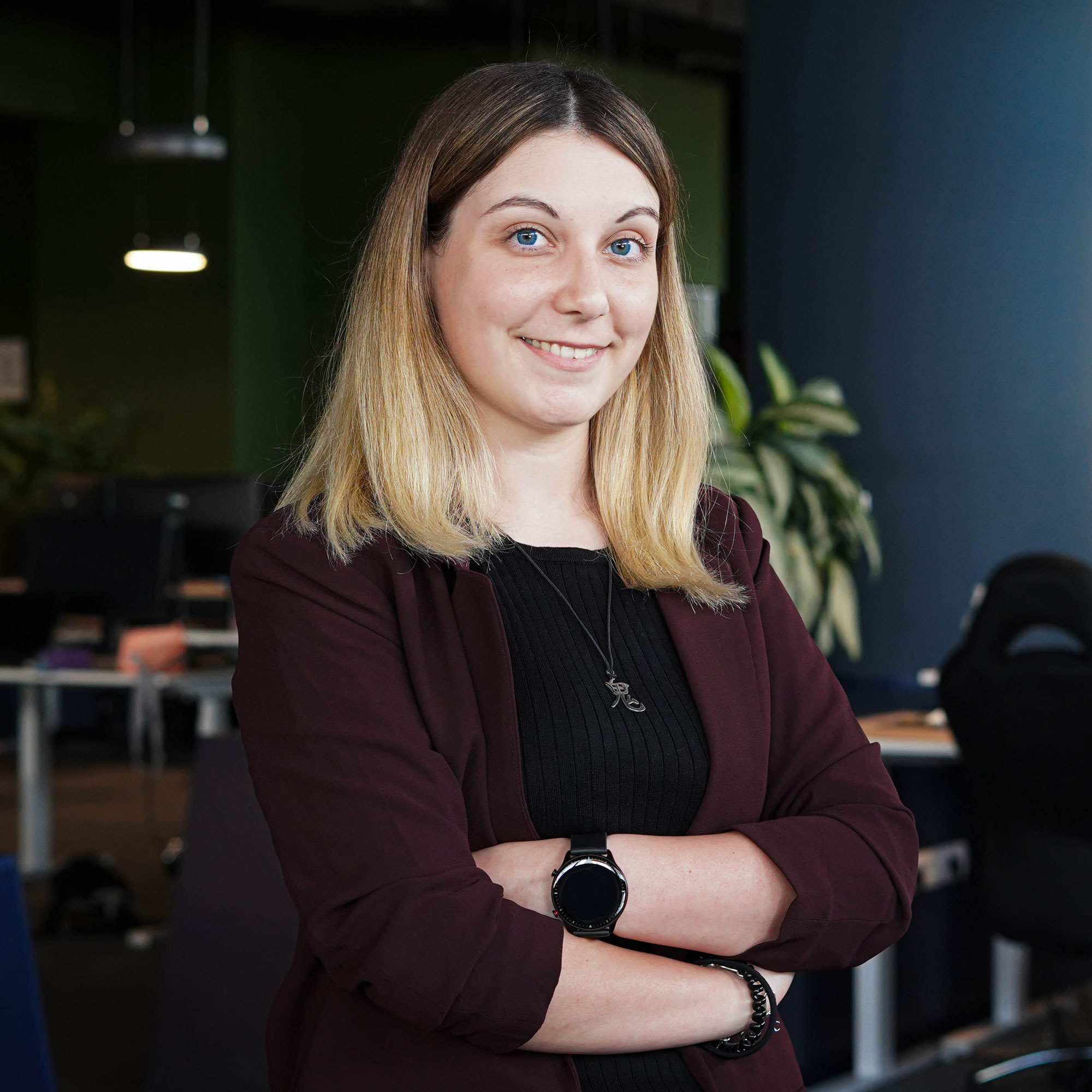 Student, the University of Tokyo

Xin is an undergraduate student at the University of Tokyo, enrolled in the International Program on Japan in East Asia (PEAK - JEA), with two sub-major programs in Linguistics and Cognitive Neurosciences. She is a research student in the Global Leadership Program (GLP-GEfIL) at the University of Tokyo, with two independent research projects: one looking into the correlation of birth rate, domestic chores, and family model in Tokyo, and the other on the role and potential of Japan-based transnational corporations in Jakarta in reconstructing colonial memory and redefining monumentality. Xin is also a part-time student in the Graphic Design course at Vantan Design Institute Career College, Tokyo.

Xin has worked as a simultaneous interpreter (Japanese to English) at the Japan Society for International Development (JASID) in 2019. She has done translation work for the East Asian Academy (EAA) at the University of Tokyo, published in Frontiers of Literary Studies in China (2021, Volume 15 Issue 1). Xin is the Membership Director of YPFP Tokyo and has designed posters and post-event surveys for various webinars hosted by YPFP Tokyo. Xin is currently an academic-year exchange student at Princeton University, with her study and research foci on East Asian Studies and Gender and Sexuality Studies.

Student, the University of Tokyo

Akari is an undergraduate student at the University of Tokyo majoring in liberal arts with a focus on Japan and East Asia. Having spent her childhood across several countries, including the United States, China, and Spain, Akari’s current interest lies in the impact of globalization on different socioeconomic and racialized groups around the world and the ways in which network effects of globalization can be utilized to minimize current disparities in the distribution of human security and resources. From her studies at the University of Tokyo, she has become particularly devoted to tackling the global refugee and migration crisis, believing that it is the culminated, brutal symptom of an unsustainable form of globalization that is concurrent today, in which resources are distributed highly unequally throughout the world in a way that puts refugees and migrants at the greatest risk of death. Her research focuses on the role of media in portraying such groups of people as invaluable lives and its interrelations with policymaking. 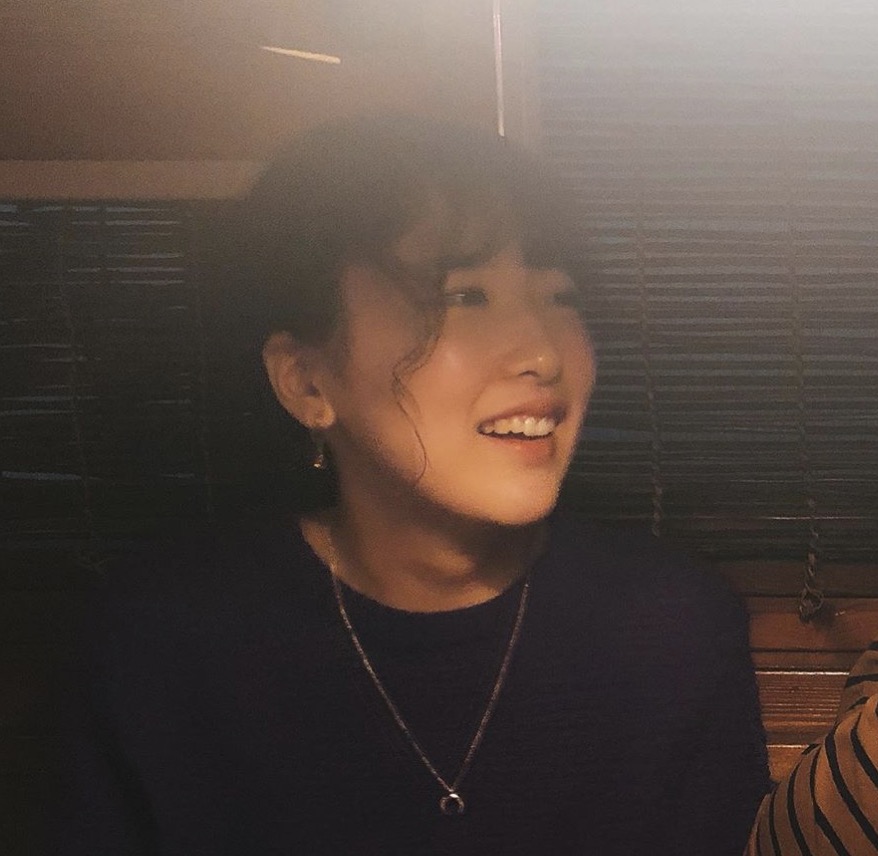 Student, Faculty of Economics, the University of Tokyo

Yusuke is a student who has broad interest in a variety of academic fields. He entered the College of Arts and Sciences, the Junior Division of the University of Tokyo in 2019, and went on to the Faculty of Economics, the Senior Division there in 2021. Apart from economics as his major, he studies at the East Asian Academy for New Liberal Arts (EAA) and Global Leadership Program (GLP-GEfIL).

Yusuke has experienced several bilingual tasks and studies, which surely helps him fulfill the role of Communications Officer in YPFP. The earliest bilingual role given to him was the translation task at the magazine circle called Komaba Times at the University of Tokyo, in collaboration with the New York Times, in 2020. He also used to conduct group research on overseas workers in Japanese nursing care in 2020 and 2021, which was bilingual research mainly conducted in English and sometimes in Japanese supplementally. In 2021, he joined the translation team of Tokyo for India, which has been reaching out to help those in India suffering from the Covid-19 pandemic through crowdfunding to aid local NGOs and actual support activities in India. 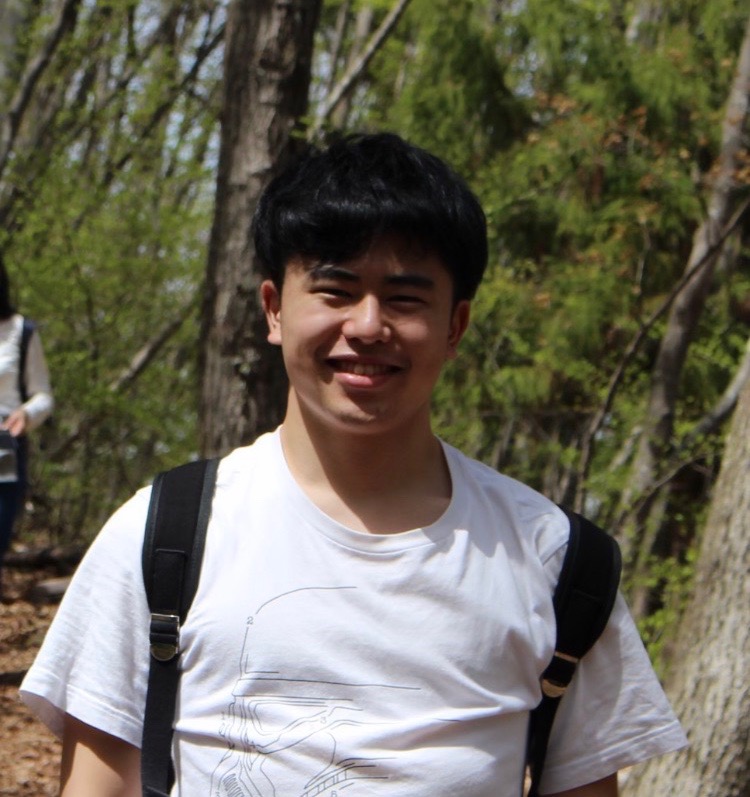