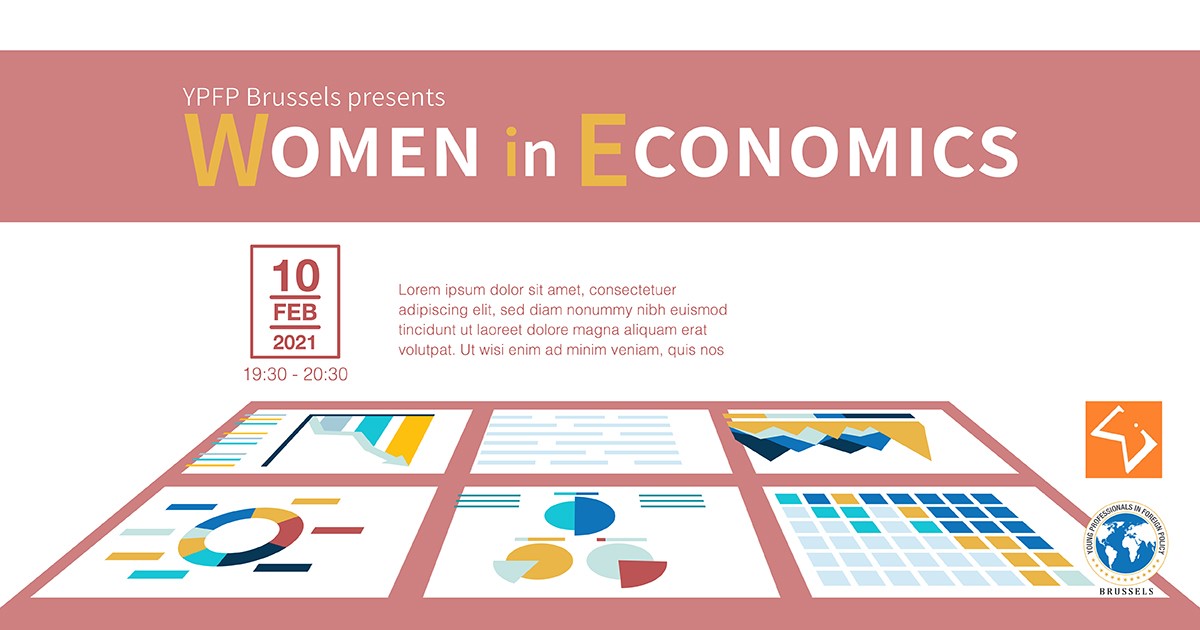 On 10 February, 2021 the Young Professionals in Foreign Policy Brussels partnered with the Women in Economics Initiative to present an event on the Gender Data Gap. YPFP Brussels hosted Marie Froelicher, ESG Specialist at S&P Global and Jessamyn Encarnacion, Policy Specialist within the Research Data Section at UN Women, to discuss the topic and the differences that persist between the corporate world and the public sector. The event was moderated by YPFP Brussels Director of Security and Defence, Elisa Cherry.

In the opening remarks of the discussion an overview of the Gender Data Gap was presented by the Vice-Chair of Women in Economics, Eva Schönwald. The Gender Data Gap is centered around the idea that the data that our society collects is typically centered around men and their experiences/perspectives. This notion undermines the inequity that exists between different groups of society (in this context men and women). If we don’t have data that reflects the lived realities and potential inequalities among men and women, the existing inequalities will not be prioritized, inhibiting the change and improvement to gendered disaggregated data.

While both Jessa and Marie had vastly different expertise within the field of Gender Data, they both emphasized the importance of equity over equality. Prioritizing equity over equality recognizes an individualized approach to gender data gathering, and the diversity of experiences that men and women have. Rather than trying to analyze specific aspects of data into an binary of men and women where the two are equivalent, there needs to be a tailored approach to creating policies and mechanisms within organizations for both men and women.

Further, Jessa and Marie both discussed the intersectionality that has yet to be implemented into many of the discussions of the Gender Data Gap.  In working to close the Gender Data Gap, considerations must go beyond the binary of men and women. Data gathering and reporting must go beyond these two groups to further dis-aggregate the data to include racial/ethnic groups. Massive data collection projects are being carried out by international institutions and corporations, such as S&P and UN Women. These projects work to collect data on women within the public and private sector, but within the current landscape focus mostly on the gap between women and men as a binary. There is potential for future projects to go beyond this binary, creating a more intersectional approach to gender data reporting. This should remain a focus of those working to gather and report on gender data in 2021.