Each year, Young Professionals in Foreign Policy (YPFP) welcomes a new class of Fellows. Through a highly selective process, Fellows are selected for their expertise and passion for their field, as well as for their ability and desire to deepen their knowledge and share it with a wider community. Fellows publish regularly on the topic of their Fellowship in major online media outlets and participate in a range of professional development programs.

Agneska Bloch is a Research Assistant in the Center on the United States and Europe at Brookings. Prior to joining CUSE, Agneska interned in the Governance Studies program at Brookings, and in the Franco-German Relations program at the German Council on Foreign Relations in Berlin. She received her BA from Northwestern University in 2019, where she majored in Philosophy and minored in Political Science. Agneska's research interests include the future of Europe, trans-Atlantic relations, EU and US domestic and foreign policy, populism, and human rights. 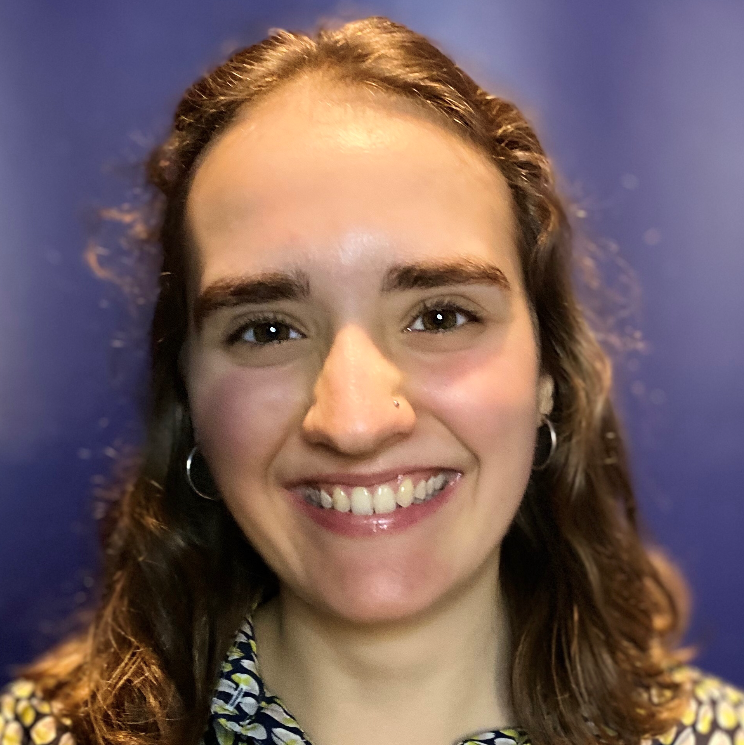 Andrew Carroll is an officer in the U.S. Air Force and a graduate student at Columbia University. Originally from Mission Viejo, California, Andrew is a graduate of the U.S. Air Force Academy where he studied Foreign Area Studies and took part in a military exchange program with the French Air Force's Ecole de l'Air. Andrew has served as a Policy Fellow with the U.S. Commission on Security and Cooperation in Europe, and has written on U.S.-Russia defense relations as part of the Stanford U.S.-Russia Forum. He has previously presented research on evolving European deterrence and arms control postures at events sponsored by the Wilson Center Nuclear Proliferation International History Project, NATO, and U.S. Strategic Command. 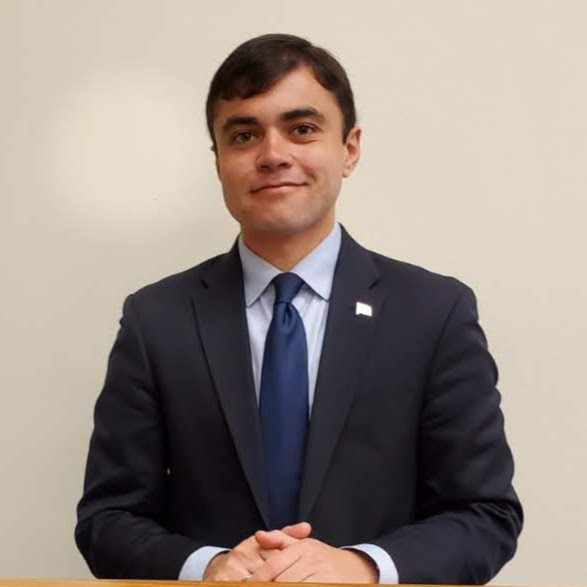 Benjamin is the Global Innovation Manager at Grant Thornton International, Ltd. He administers a global platform for sourcing and sharing innovative technology solutions across a network of member firms located in over 130 countries. A former software development team lead, he is interested in the disruptive potential of new technologies, particularly those developed and adopted in emerging markets. He earned his MPA from Indiana University’s O’Neill School of Public & Environmental Affairs, and his BA from the University of Michigan. 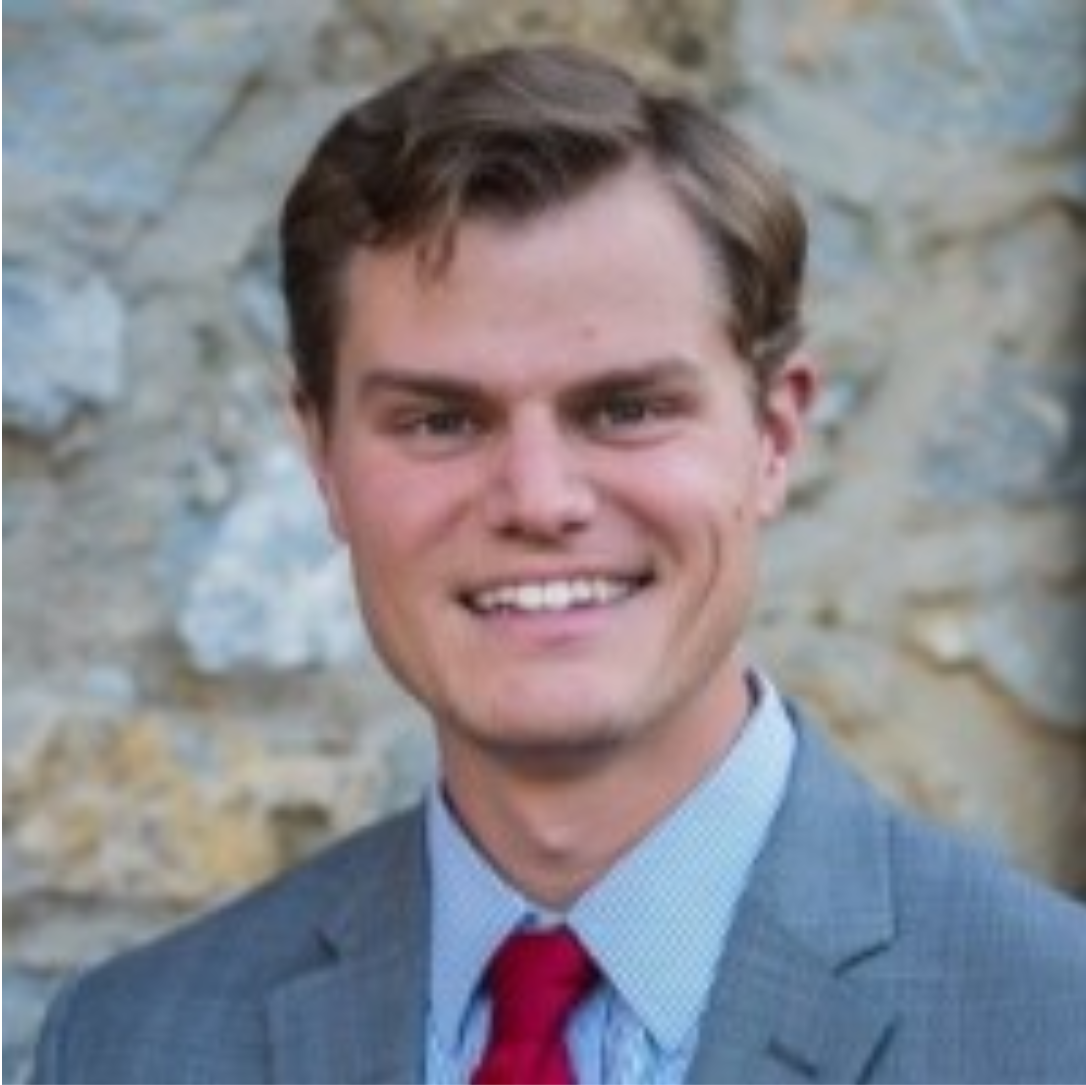 Betsy G. Henderson consults for Weims Corporation LLC, and writes about economic development, technology, and healthcare in Africa. She began her career serving at the Caucus for Women’s Leadership in Kenya and later in Washington DC for The Whitaker Group (TWG). Betsy graduated with a MA in International Relations from the School of International Service (SIS) at American University after graduating with a BA in Foreign Affairs and English from the University of Virginia. She is member of the Resolution Project Fellows network and resides in South Carolina.
Follow on Twitter: @betshenders 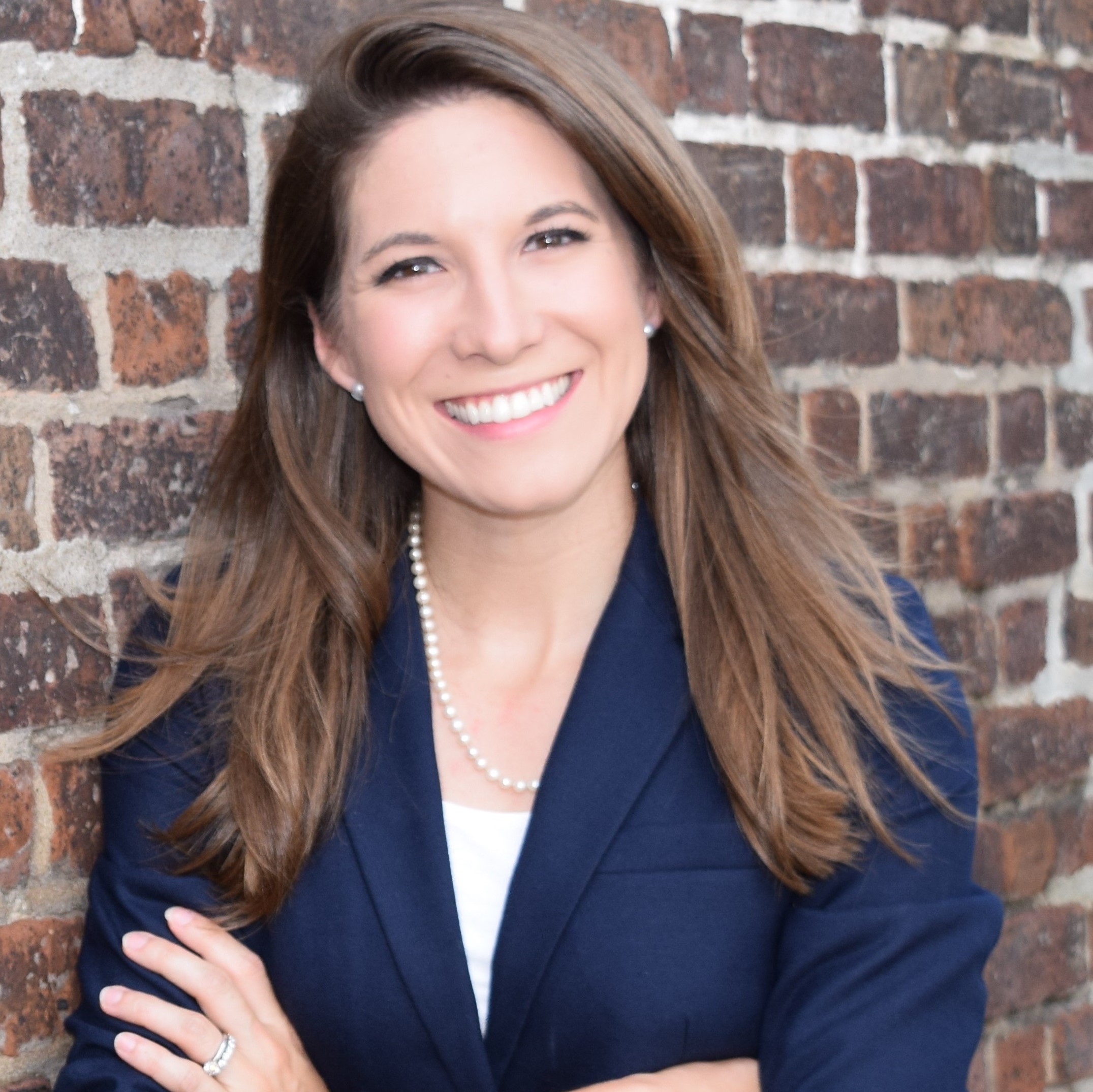 Clementine G. Starling is the Associate Director of the Atlantic Council’s Transatlantic Security Initiative. She specializes in security and defense policy, grand strategy, and NATO. In her role, she oversees the Initiative’s programming and research, and its European security practice area. Her own research focuses on military preparedness, great power competition with China and Russia, US force posture, European defense and security, and strategic deterrence. Her analysis has been featured in publications such as National Public Radio, the BBC, and ABC News, among others. Prior to joining the Atlantic Council, Ms. Starling worked with the UK Parliament’s House of Commons Defence Select Committee providing policy analysis on UK defense, cybersecurity, and emerging technology and innovation. She also worked for the Britain Stronger in Europe (BREMAIN) campaign. Ms. Starling graduated with honors from the London School of Economics. 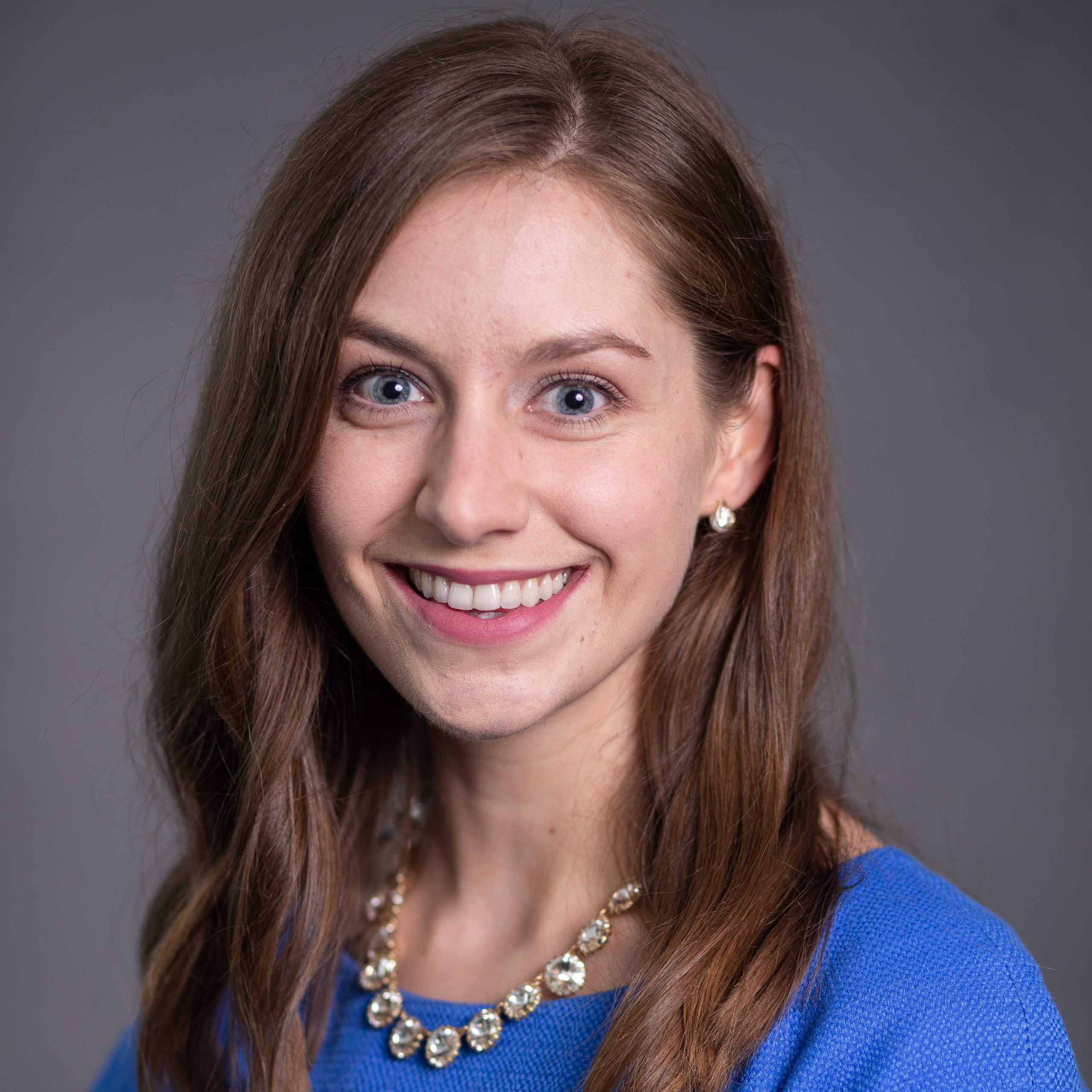 Colleen Scribner is Program Officer at the Lifeline Fund for Embattled CSOs at Freedom House and the 2020 Human Rights Fellow at Young Professional in Foreign Policy. She has previously held positions at the Public International Law and Policy Group, the Office of the U.N. High Commissioner for Refugees, the International Foundation for Electoral Systems, and the Global Fund to End Modern Slavery. She holds an M.A. in Global Governance, Politics, and Security from American University’s School of International Service and a B.A. in Diplomacy and World Affairs from Occidental College. 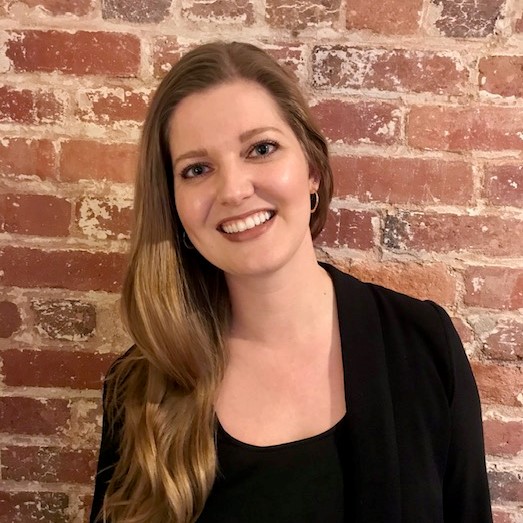 A daughter of Taipei and Los Angeles, Diane currently works in research management at the George Washington University Elliott School of International Affairs. Before graduating as a Regents Scholar of UCLA, she studied abroad at the University of Geneva and Sciences Po Paris majoring in Political Science and French. She is delighted to serve as an Asia Pacific Fellow for YPFP, and is also a US Delegate to the Y7 2020 Summit (energy track). Her interests include international conflicts, immigration, education reform, and consuming more coffee than advised. 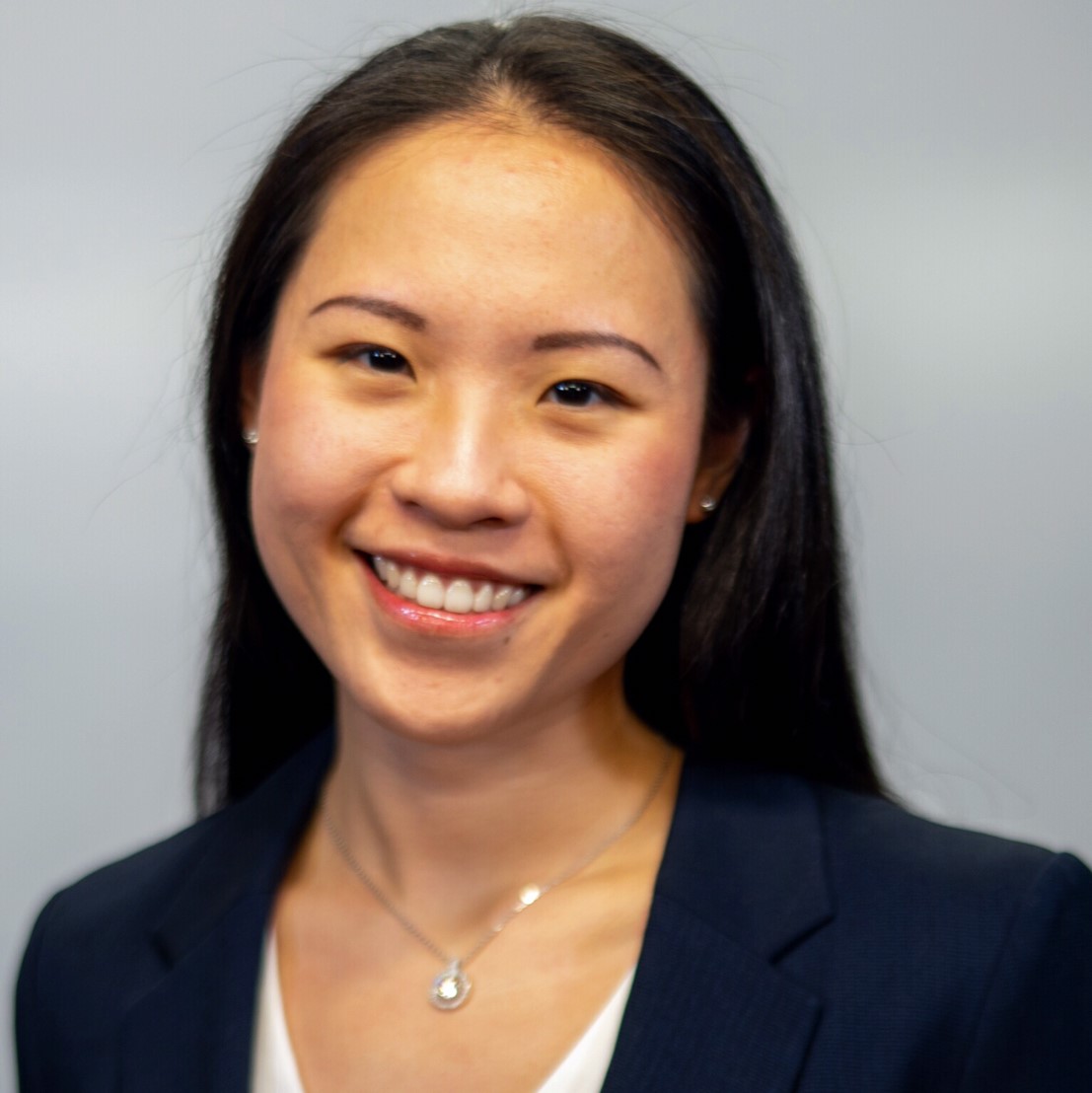 Drake Long is a contractor for RadioFreeAsia, covering the South China Sea and Southeast Asian maritime issues. He received his MA in Conflict Resolution from Georgetown University this May, 2020. Before that, he lived and worked at Sun Yat-sen University in Guangzhou, China. He graduated from Miami University of Ohio with a BA in Diplomacy and Professional Writing in 2017. 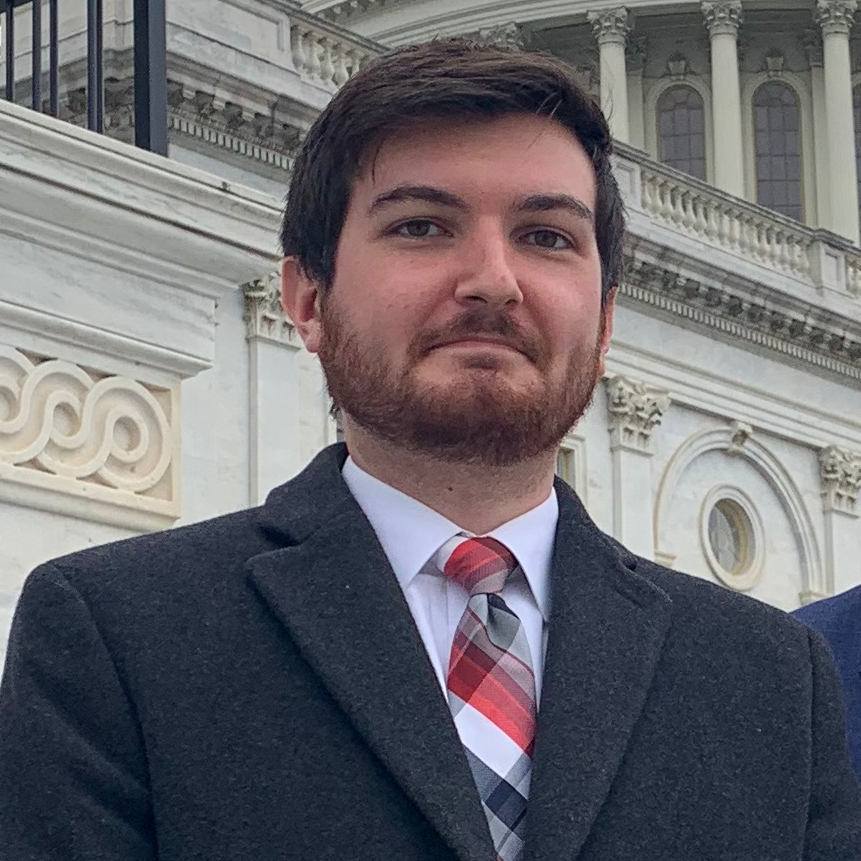 Elliot is a Middle East analyst and Arabic speaker who has spent over five years living and working in the region. His areas of expertise include state-controlled media strategies, extremist propaganda, and Shia militia groups. Currently, he is a project manager and senior analyst at Novetta in the D.C. area, where he supports a broad range of U.S. government projects. 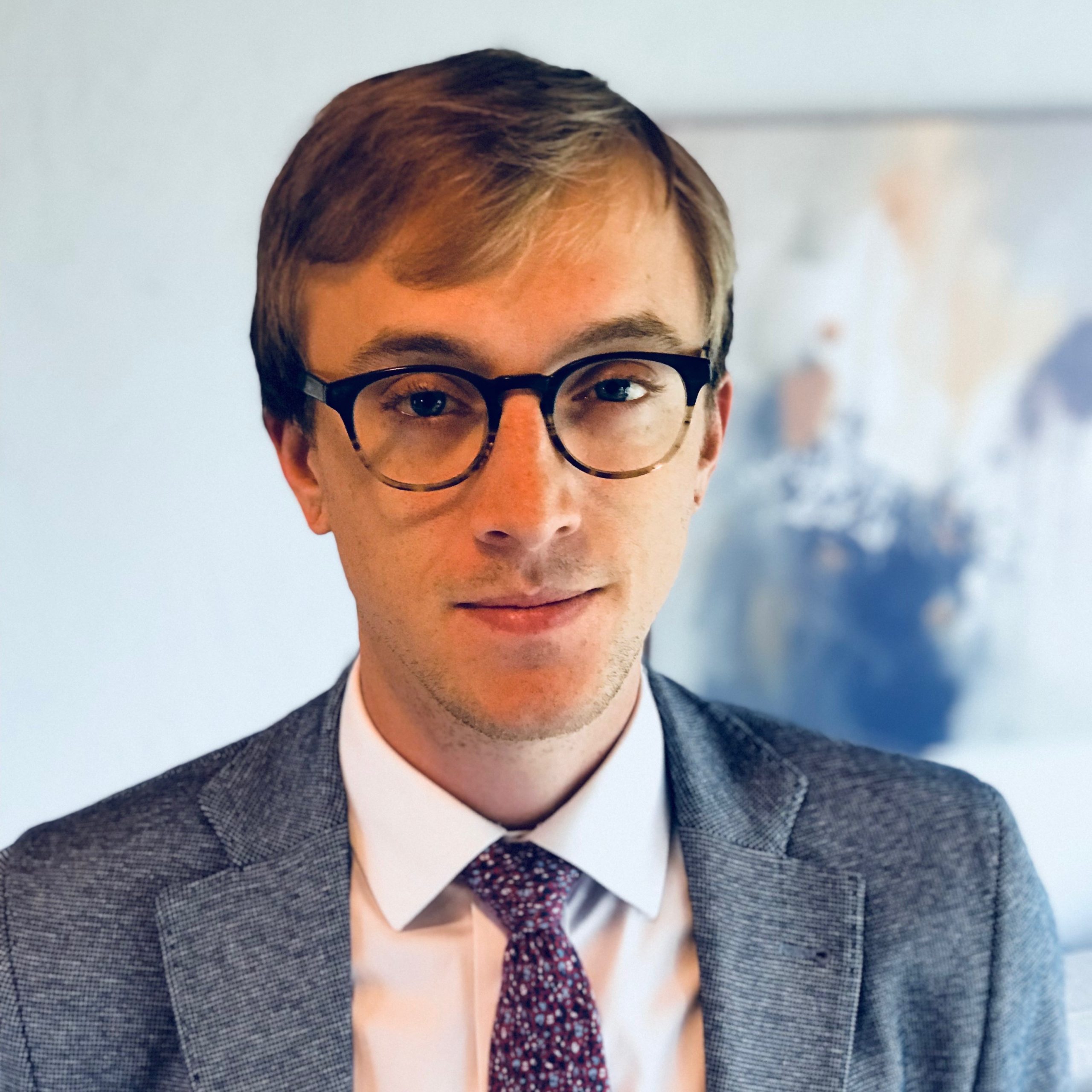 Lester Chavez lives and works in Managua, Nicaragua, where he conducts market research, trade promotion and counsels businesses on the economic climate of the country. He previously served as a Fellow at AMOS Heath and Hope, a public health NGO also in Nicaragua. He has worked for various agencies at Fairfax County Government in Northern Virginia and has served as a Congressional Intern in the U.S. House of Representatives. He has conducted extensive ethnographic and community-based research in rural communities in Nicaragua. Lester holds a bachelor’s degree in International Relations from the College of William and Mary. 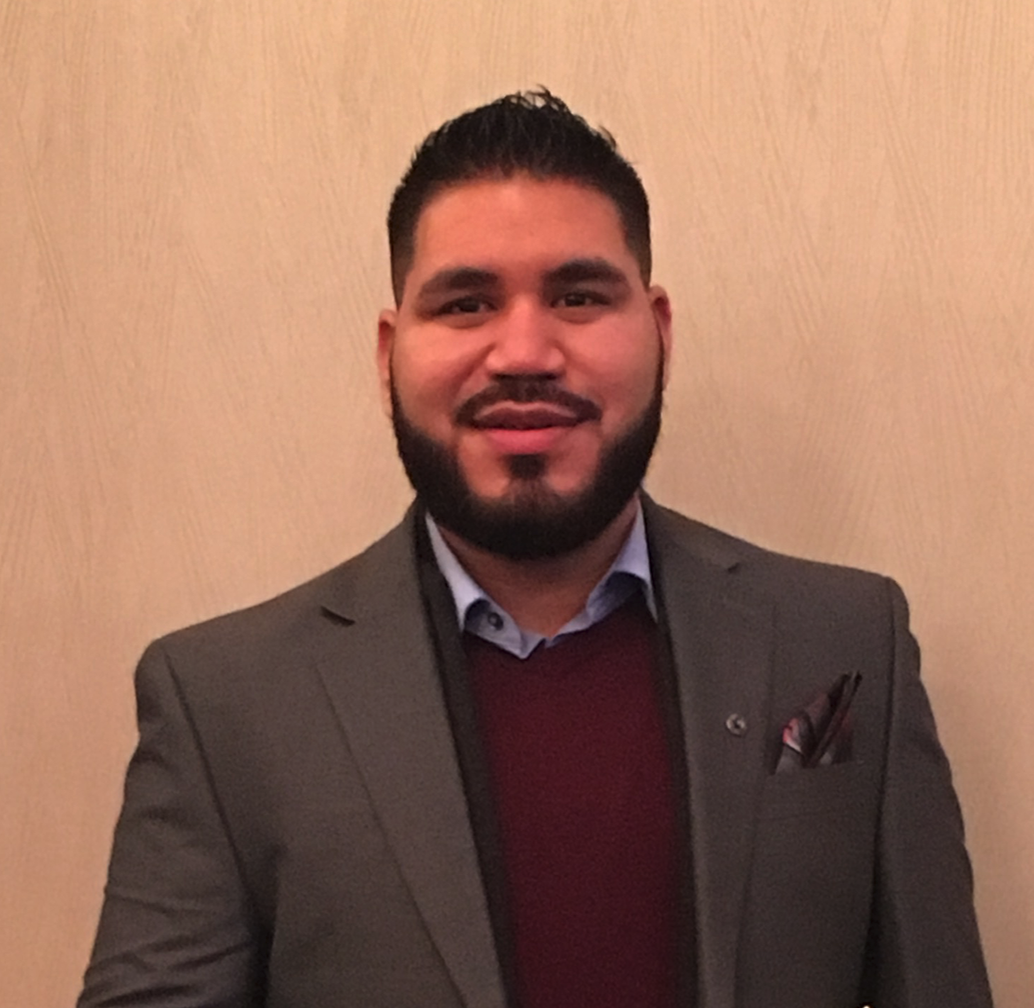 Michael Trinkwalder is a Research Assistant at the NATO Parliamentary Assembly, where he focuses on EU-NATO cooperation, defense innovation and the implications of the rise of China. Previously, he has worked at the Center for Public Affairs of the German Armed Forces, AICGS at the Johns Hopkins University as well as the Aspen Institute Germany. He holds an M.A. in International Relations from the KU Eichstätt-Ingolstadt and a B.A. in International Business Studies from the FAU Erlangen-Nürnberg. 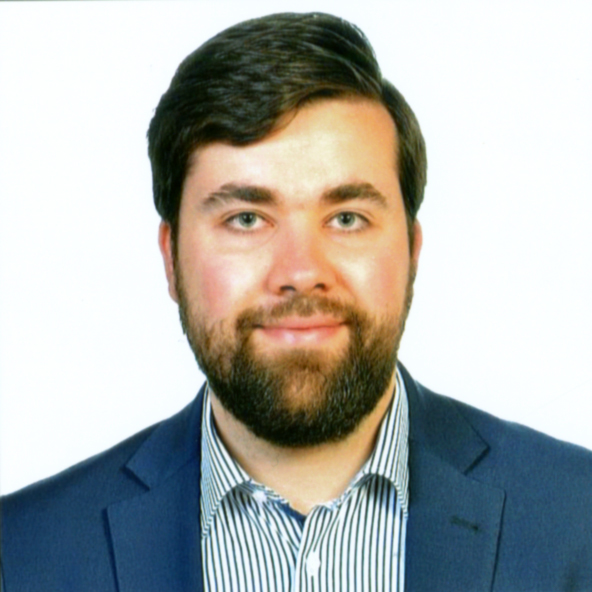 Monica Weller is a Policy Research Fellow for the Reischauer Center of East Asian Studies at Johns Hopkins SAIS, where she analyzes political trends in Northeast Asia. Previously, she conducted a Fulbright in Mongolia. Monica graduated with Honors from Knox College with a BA in International Relations and minors in Japanese and Gender & Women’s Studies. Her research interests include democracy studies, LGBTQ issues, and women’s rights. 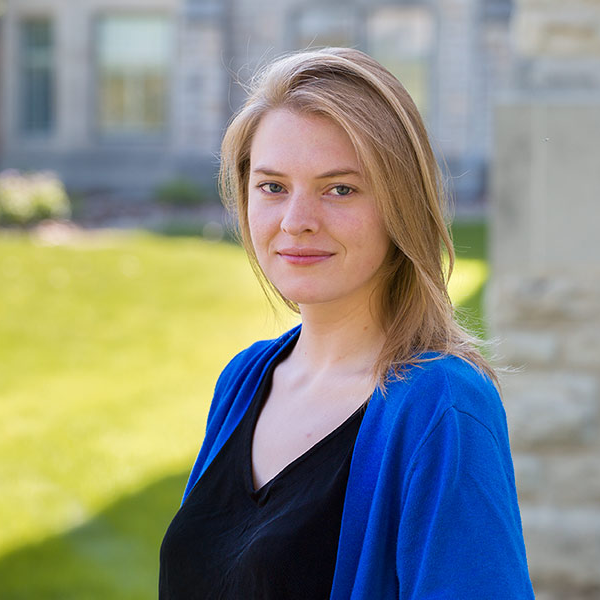 Neil Decenteceo is an International Development Fellow with the Young Professionals in Foreign Policy. He previously served as a policy intern at the U.S. Global Leadership Coalition, an Office of Foreign Service Operations intern at the USDA, and a political affairs intern at the Borgen Project. He is currently an institutional contractor at USAID serving as a communications coordinator. Neil received his B.A. and M.A. in political science with a focus on public affairs from the University of Florida. 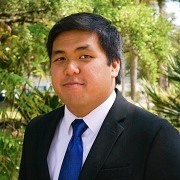 Philip Kowalski is a foreign affairs analyst based in Washington DC. He has written essays on international affairs for the Washington Kurdish Institute, OZY and the Middle East Institute, where he was a research assistant in 2019. He completed his MA at the University of London’s School of Oriental and African Studies, with a thesis on “Reurbanization in Post-Genocide Southeastern Turkey (1925-1940).” Prior to attending graduate school, Philip lived in Turkey between 2012 and 2016. He holds a BA in History from the University of Cincinnati. 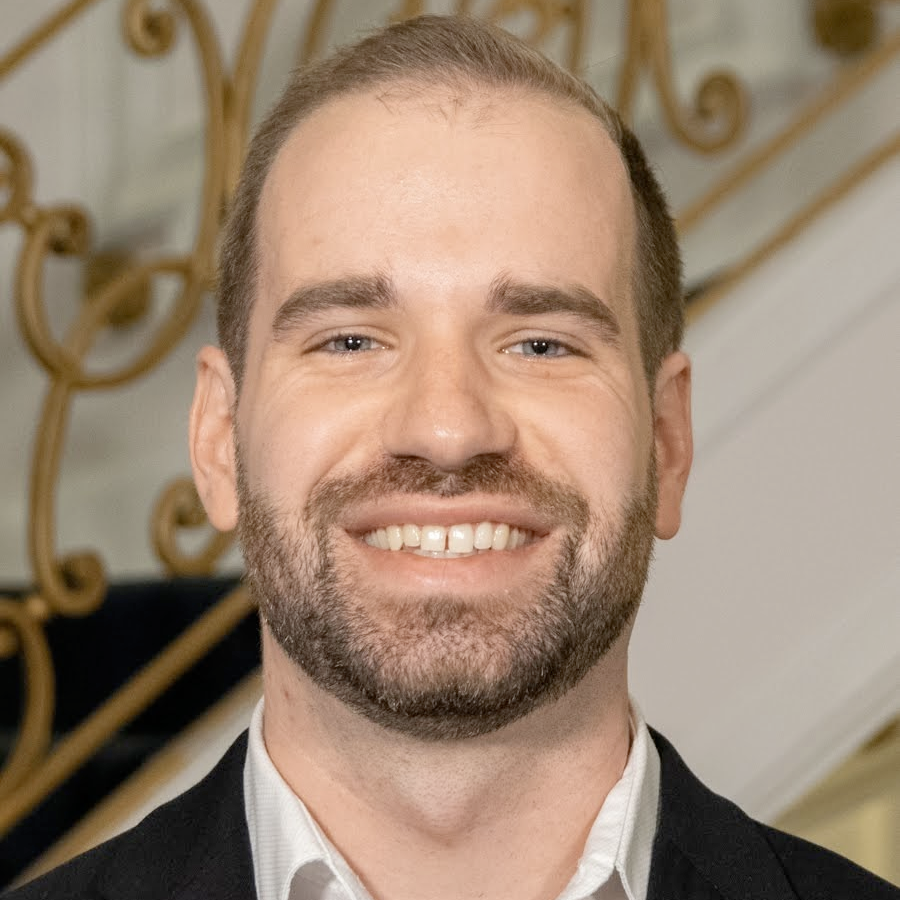 Pierrepont Johnson is a New York City based freelance journalist. He is the Vice President of Business Development for an international education firm, 4Schoolers. He holds a dual masters from Fordham University: MA in International Political Economy and Development, and MA in Economics. As a recipient of a grant from Fordham, he studied emerging markets at the University of Pretoria in South Africa. During his graduate studies, he also received a scholarship to study French language and culture in Lyon, France. As an undergraduate, he lived and studied in Florence, Italy. Pierrepont graduated from Rollins College with a BA in International Relations. As an avocation, he is a DJ who specializes in Latin and international music. 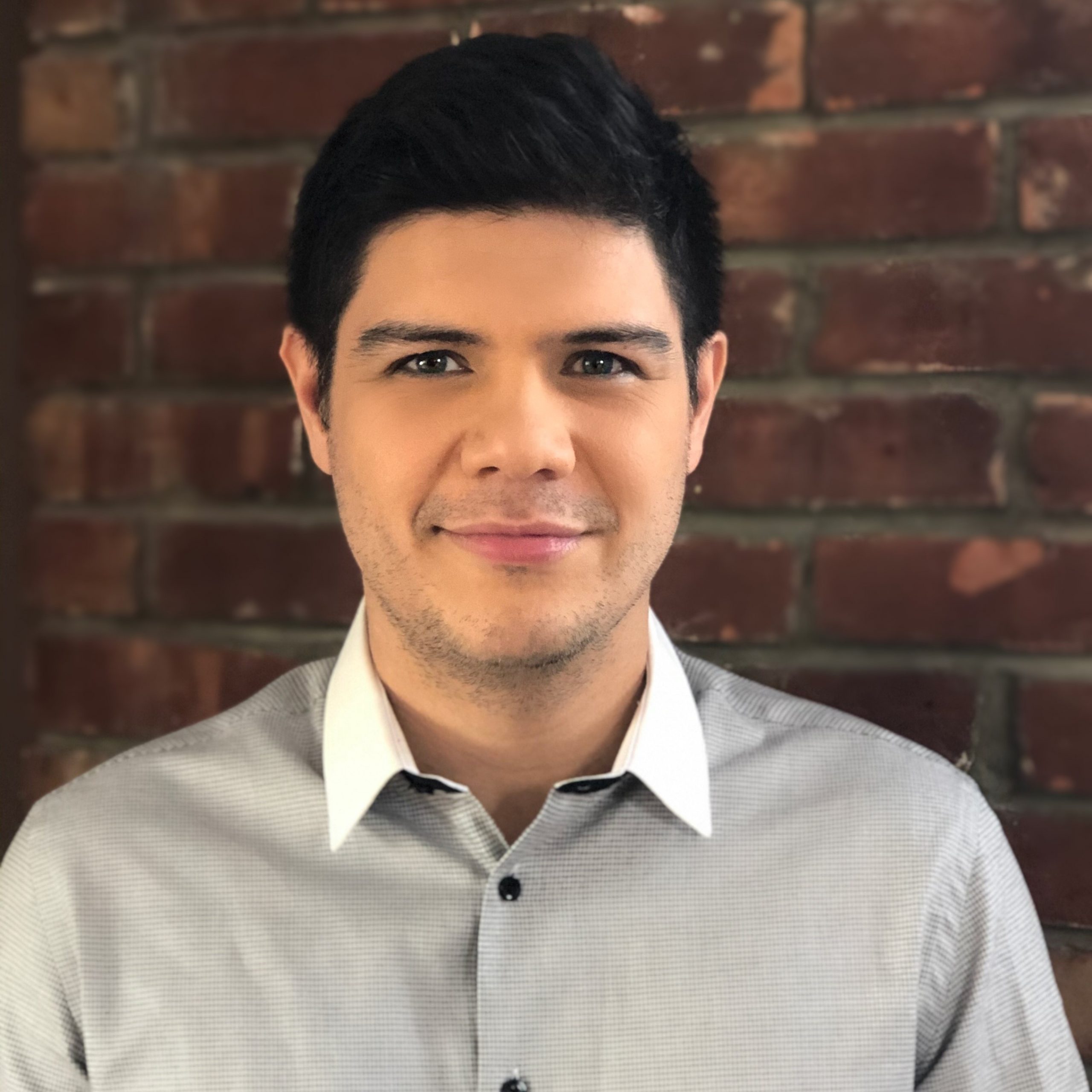 Shairee Malhotra is the 2020 South Asia Fellow at Young Professionals in Foreign Policy. Shairee is a widely published International Relations professional with several years of experience working in the global think tank sphere in India and Europe. She has also worked with the European External Action Service (EEAS) - the official foreign policy arm of the EU. She has an MA International Relations from Queen Mary University of London, and has studied specialised courses on Indian Foreign Policy and South Asian Politics at Kings College London. Shairee is Associate Researcher at the European Institute for Asian Studies (EIAS) and was also Fellow at the South Asia Democratic Forum (SADF) in Brussels, the capital of the EU. Her passions are travel, reading, history and cooking, and she has lived in three countries in the past decade. Her work has been published on leading publications including Haaretz, The Diplomat, Open Democracy and Fair Observer. 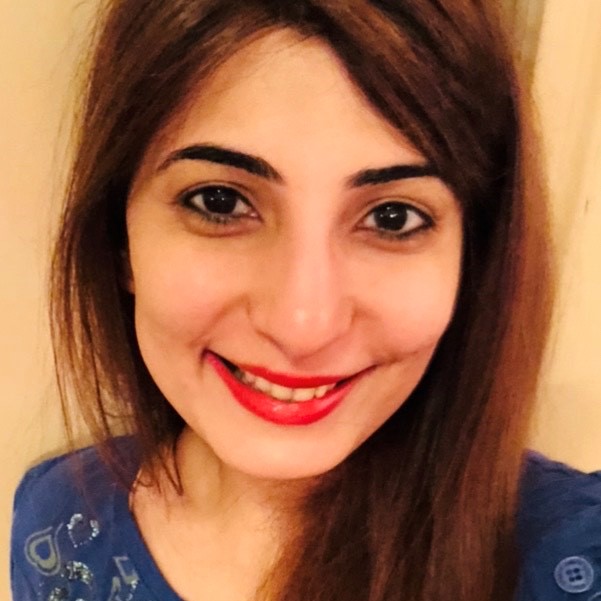 Shivani Somaiya is a graduate student at New York University working to obtain her MA in International Relations. She specializes in International Security and the Middle East. In her previous positions, she has interned at the International Action Network on Small Arms (IANSA), UK Houses of Parliament and, Anti-Slavery International. Her research currently includes a close examination of the Petrodollar recycling system and its implications on US national interests and foreign policy in the Middle East and North Africa region. Her other areas of interest include: the Arab - Israeli conflict, Syrian refugee crisis and, Oil and Gas markets. 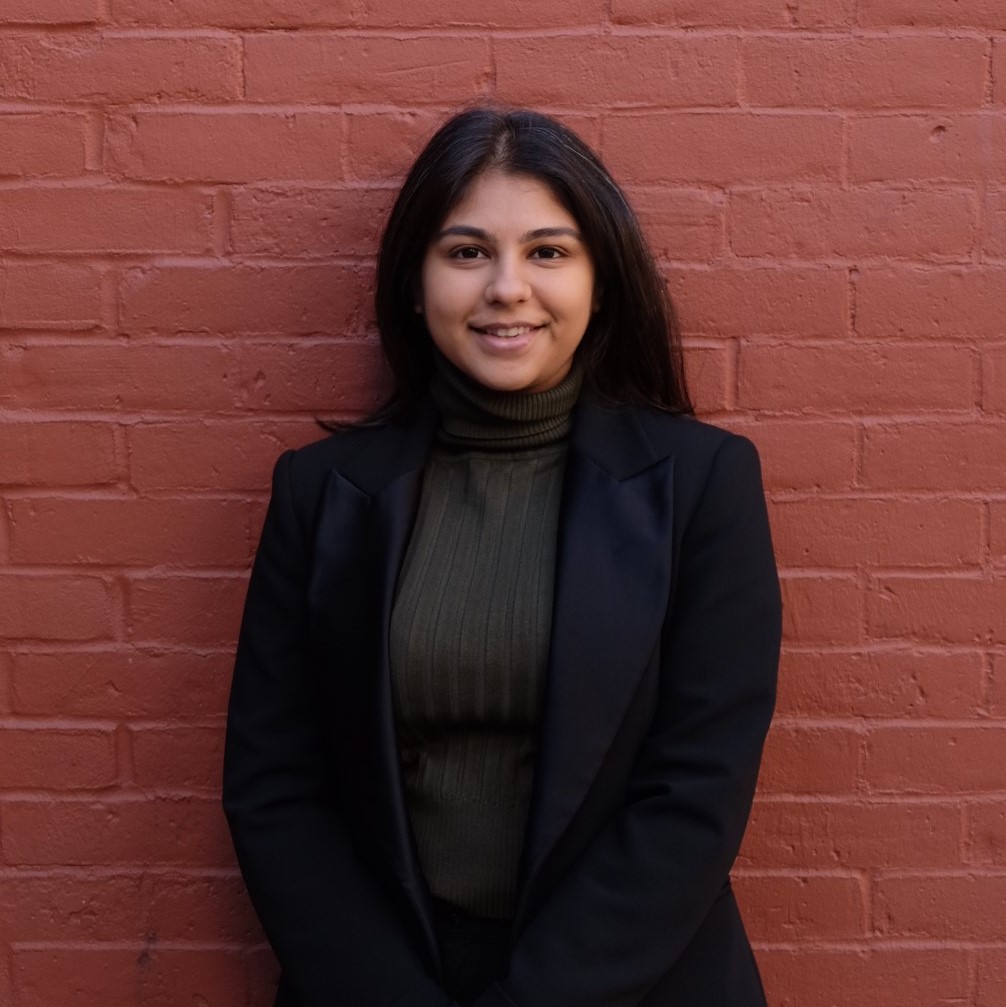